Putting Down Roots – Family Farms Are An Invaluable Resource

Putting Down Roots – Family Farms Are An Invaluable Resource

When in the grocery store putting vegetables, fruits and dairy into carts, one doesn’t often think about where or how the food was produced. For the farmers who are behind growing and harvesting it, they know all too well the hard work that goes into getting these items to families’ tables.

“Looking from the outside in, people may think what a nice life it is, but it really is hard work, no matter what area of farming you’re in,” says Mary Morgan Gentry, who grew up on a family farm (The Gentry Farm) in Tennessee and then married into another. Her husband, Charles Hatcher, is the president of Hatcher Family Dairy in College Grove. 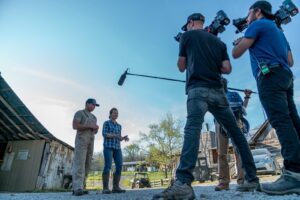 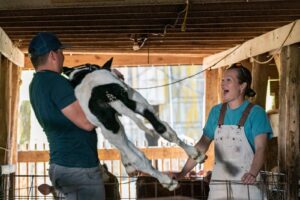 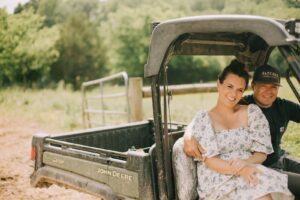 His great, great grandfather, Abram Wooldridge Hatcher, was the original founder of the farm in 1831. “When I’m out on the farm at any given time, I think about how I’m walking the same path and in the same barns and facilities that my ancestors built or were a part of. My great granddad fought in both World Wars and kept the farm going through all that, so that tells you the passion for the land, the farm and the animals we have. It’s in our DNA.”

Today, the farm is a total of 230 acres and has 90 cows. Its milk can be found in 90-plus outlets in a four-county radius in Middle Tennessee, including Brentwood, Nashville and Franklin. “All these years later it’s still the coolest thing in the world for me to see people grabbing a container of our milk.”

Other family members working the farm include his mother, Sharon, sister and veterinarian Dr. Jennifer, and Uncle Jim. His father, Dr. Charlie Hatcher, is the commissioner of agriculture for the state of Tennessee.

Mary Morgan handles all the social media and websites for the farm and also manages the on-site dairy store. There, they sell milk, ice cream, butter, beef products, cheese and more.

“We offer other local products, such as honey and eggs, since we like to support our local farming friends,” says Charles. 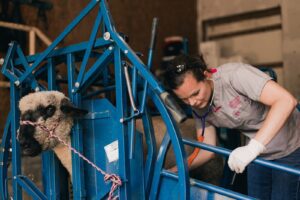 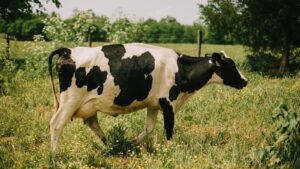 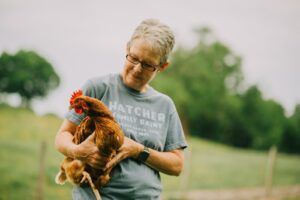 Supplying such a vital resource to the community is something that makes all the hard work worth it. “That’s probably the most rewarding and gratifying aspect – to provide a quality food product to families and local community members,” he says.

Mary Morgan agrees, “This past year we really learned what that means. When the pandemic happened, people were afraid to go into the grocery store and all of a sudden we had all these customers. One drove up and when we were putting the milk in his car, he asked where the farm was that this milk was from, and we said, ‘You’re here. See those cows.’ “It’s a foreign concept to a lot of people, but now there is this huge appreciation for local farmers and local food and the work that goes into it.”

The everyday happenings at the Hatcher Family Dairy recently were captured in a docuseries on Nat Geo Wild. The finale was in September, and it also started airing on Disney+ on Sept. 29.

“We didn’t do it to get a Hollywood Walk of Fame star, we just wanted to bring awareness to agriculture, the farming community and the veterinarian community,” says Charles.

“A lot of people who watched the show said thank you for showing the real side of farming,” adds Mary Morgan. “It is hard work, and a lot of farmers were happy we were shining a light on that. We didn’t do the show to be famous, we wanted to do it to be agricultural advocates and inspire other family farms and inspire people to start their own family farms. You can start a first generation family farm right now.” 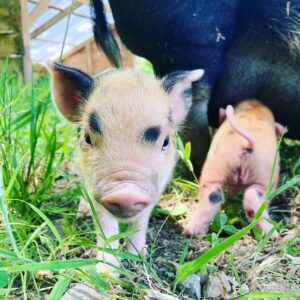 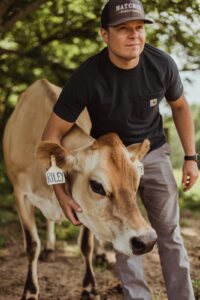 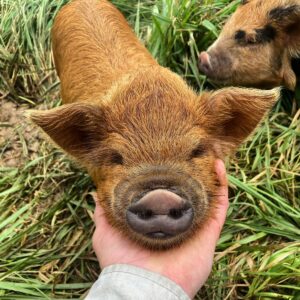 This is exactly what Jess Langer and Neal Clark did. They bought 125 acres in Burkesville, Kentucky, in 2017 to turn into a family farm. “We were both still working full-time in Nashville; I was a personal trainer and musician, and my husband owns Middle Tennessee Renovation,” says Jess. “We were coming up here on weekends for an entire year. It was a lot of back and forth, so after a year I said, ‘I’m done.’ I quit my job and moved up here full time in 2018.”

Before starting Jude Holler Farm in 2020, Jess first volunteered on different farms around Nashville for a year. “I really caught the farming bug. The lifestyle made sense to me and I was tired of the fast pace of the city. When I saw people around my age doing it, it felt like something I wanted to build on.”

The farm uses organic practices and grows seasonal vegetables, peanuts and flowers. “I grow over 30 varieties of annual and perennial cut flowers,” she says. “I also started making bouquets and it was like art for me again.”

Some of the more popular flowers she grows include ornamental sunflowers, celosia, dahlias and straw flowers. But one of her favorite things to grow is the luffa gourd. “They are huge and you basically cut them off the vine before there’s a chance of frost, let them dry so the skin turns brown and hard, and then once fully dry, you peel the skin off and there’s this giant sponge underneath,” she says. “They make great gifts.”

There are also chickens and Kune Kune (pronounced Kuny) pigs on the farm. “They are a breed that originated in New Zealand with the Maori tribe,” says Jess. “We started thinking about bringing in some livestock, but we didn’t want big animals like cattle. Instead, we wanted something more manageable and we thought pigs would be great.” 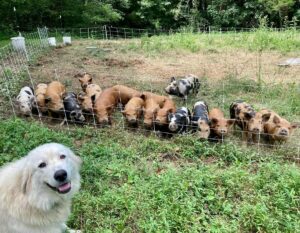 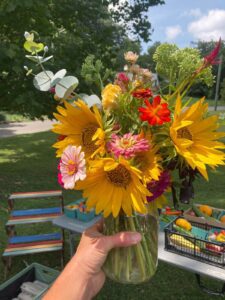 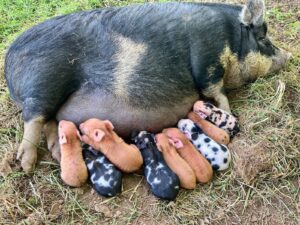 Because many pigs have a tendency to dig deep holes, she was worried about her pastures being destroyed. But, because Kune Kune pigs have short snouts, they don’t dig as deep. “Neal’s parents brought us four of them from Mississippi as a wedding gift. They even had pink bows on their heads!”

The first four were gilts, meaning they had never been bred before. “We ended up getting our boar, Tuck, which is a big red curly-haired mess of a pig that I love so much. Then we bred them and had our first litter last November, and they sold so quickly.” The more current round of piglets are still available for sale.

Even though it is really hard work, Jess has never regretted her decision to start a farm. The first year, because of COVID-19, she began offering produce, flower and egg CSAs (Community Supported Agriculture).

“We loved bringing such healthy food to our community,” she says. “A lot of people from Nashville also signed up. I’ve never been more proud of anything in my life. On Saturdays when I have the CSA members come to their pick up spot in East Nashville [she also has a local pick up], I watch them go through and see all their stuff and it’s my favorite thing. It warms my heart.”

Jude Holler Farm also supplies a restaurant in Burkesville, so Jess is quite busy. Although Neal is working with his own company a good percentage of the week, when he is at the farm he works nonstop, completing projects, taking care of the animals and managing the pastures. Even so, Jess found that she really needed more help, especially since she hopes to expand more and more with the support of the community. 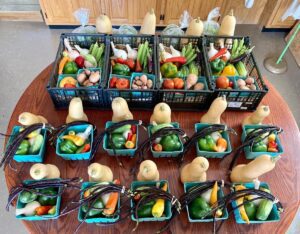 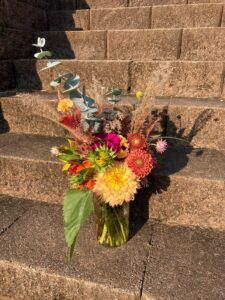 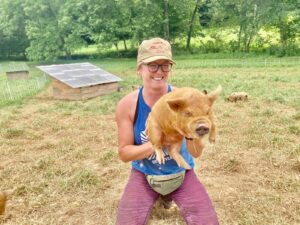 She became involved with World Wide Opportunities on Organic Farms (WWOOF). It allows people who are interested in farming but don’t yet have property to practice farming for different lengths of time. In September, two interns arrived and stayed with Jess and Neal on the farm. “We have a married couple coming from California for the whole month of November,” she says. “It’s been life changing for me!”

She really wants to get the word out about farming and to encourage others to start their own farms. “Our plan is to work with the local school system to have kids come to the farm and learn how to plant and how they can feed their families. I want to educate people about farming. There are people doing this who work really hard. People don’t realize what goes into bringing produce to the people.”

Next time you’re in need of wholesome and quality food, consider buying directly from a farmer or patronizing the places that sell their products. Without community and business support, these family farms will not be able to sustain themselves.

“We’re so thankful for the community we live in,” says Mary Morgan. “We have customers who drive 30 minutes to an hour to buy milk from us and what they don’t realize is that they’re not just supporting a business, but a multi-generational family. We are having a baby boy in November and this is something we can pass on to our kids — it almost brings me to tears.” 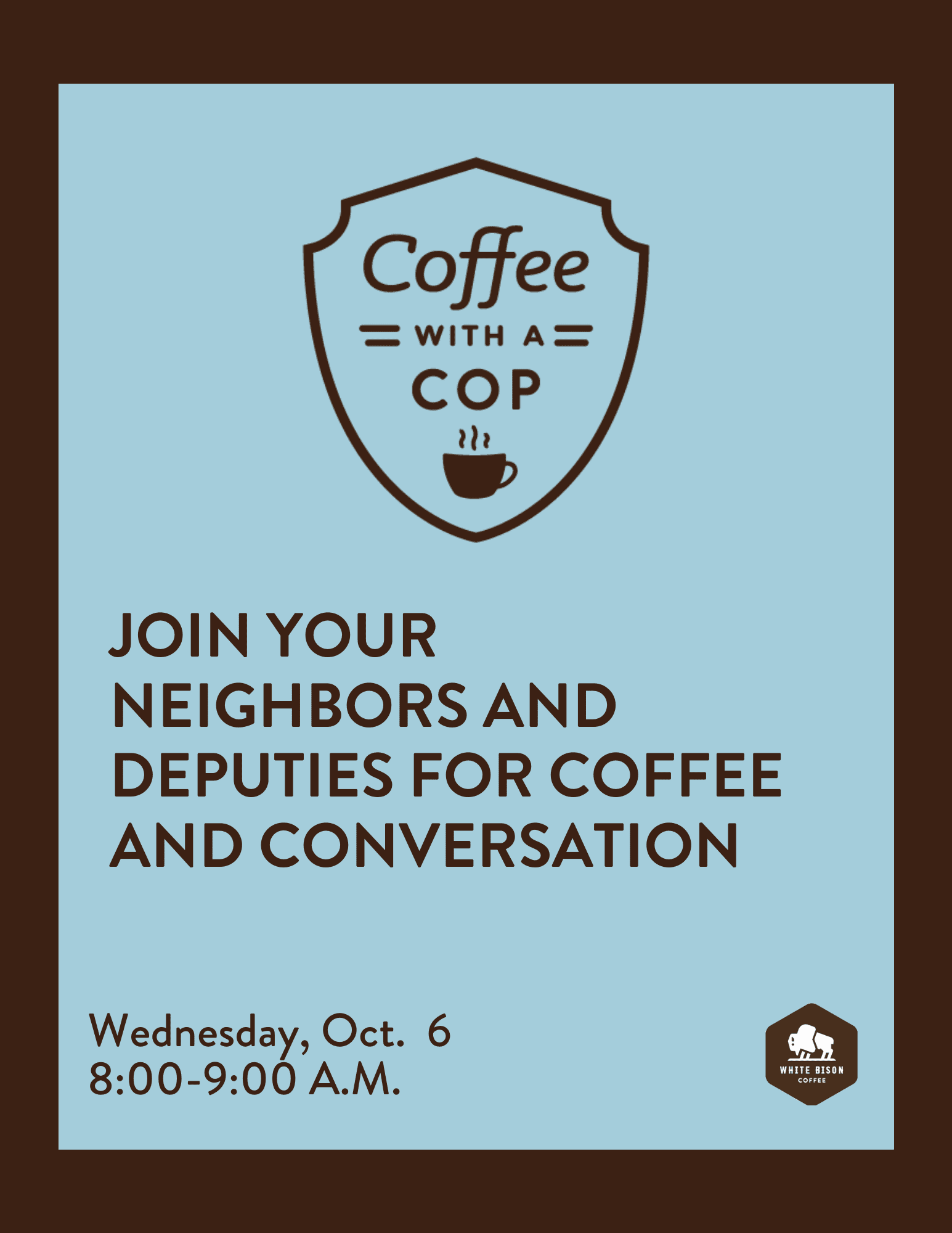 Coffee With a Cop at White Bison Coffee in Brentwood 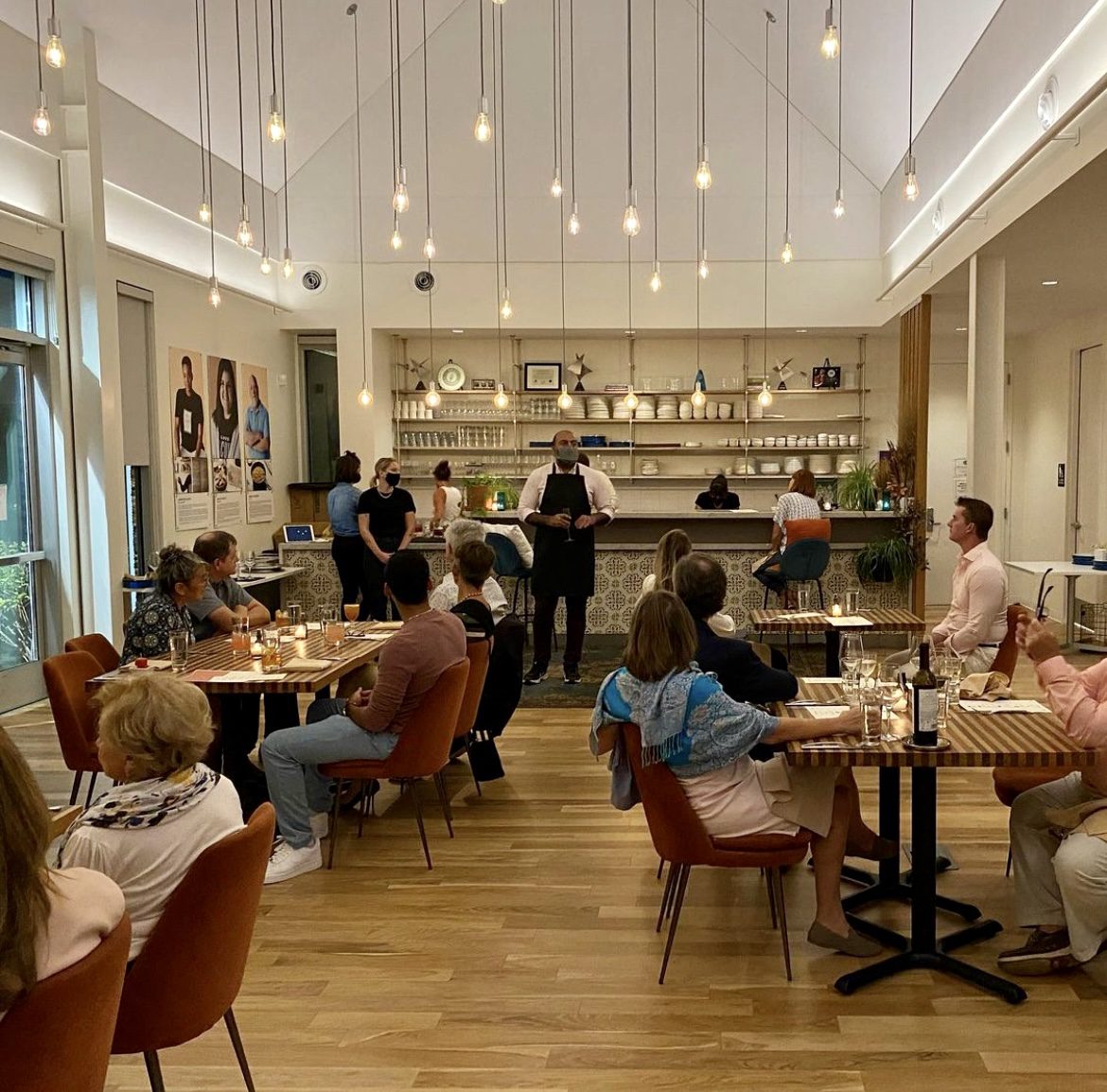