Car companies have caught on to the green craze and producing increasingly more vehicles that are environmentally friendly. While small hybrid sedans are the obvious option for environmentally friendly vehicles, they are often not practical to use as family cars. Many parents are not ready to trade-in their gas guzzling SUVs for more compact cars. Parents know that their kids take up a lot of room, between car seats, the carpooling kids, the strollers and the baseball equipment– sedans are not a reasonable option. Car companies realize that it is hard for families to downsize to smaller vehicles and are now offering the same SUV favorites in hybrid versions. 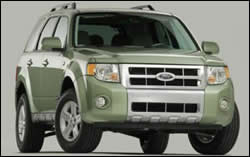 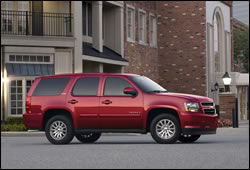 For larger families that cannot sacrifice size for a more green style are in luck. The new Chevrolet Tahoe Hybrid seats up to eight and will be widely available in the next few months. Likewise, the Cadillac Escalade Hybrid guzzles less gas than the standard Escalade with 20 mpg city and 21 mpg highway.

Driving a hybrid vehicle no longer means that families have to give up comfort, space and towing abilities. Hybrid SUVs are becoming more widespread and are often available in 4-wheel drive. Going green doesn’t mean your family has to be packed-in to a small sedan. There are plenty of hybrid SUVs that retain the look and capabilities of the standard versions but leave less of an impact on the earth’s resources. 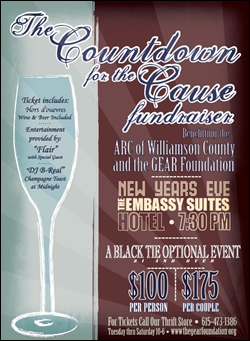 Countdown for the Cause