In the United States, as an individualistic culture, it is common for parents to gently push their children away. We physically push children away in strollers rather than tying them against the body in swaddling cloth. We send children to school at a young age and enroll them in various activities, sports and camps. As they graduate high school, children often “go off” to college. And at some ambiguous age and as hard as it is, we usually expect our children to move out of the home. These are not negative realities, but simply the way an individualistic culture functions- everyone strives for their own success and accomplishing their own goals.

Parents however are starting to question some of these natural ways of individualistic culture. A current controversial issue in parenting today is co-sleeping. In western cultures it is common for parents to move infants into their own room sometime during their first year. This is very unnatural if you think about it. Humans fear solitude and children are scared of the monsters under their bed, scared of the dark and scared of being alone. But that is how our society functions and what some parents are questioning today.

Separate sleeping has been the norm for generations of infants in the United States.
But today co-sleeping is becoming more common in the US and parents often turn to co-sleeping as the “right” thing to do. They often believe it will make their children more psychologically stable or they will be able to form a better relationship with their children through co-sleeping. There are however, serious risks with co-sleeping that parents need to be aware of.

Outfitting the bed properly is important for parents who choose to co-sleep with their infants. There can be no down bedding or down fillers in the pillows and blankets. There can also be no quilts on the bed. Mattresses need to be a hard surface, no pillow-top mattress, feather beds or thick mattress pads. Parents should not co-sleep with infants in they are overweight or smoke cigarettes. Also parents should not co-sleep with infants if they have consumed alcohol. Parents need to pay special attention to all details on and around the bed in order to provide a safe co-sleeping environment for infants. 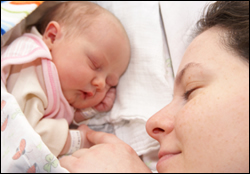 The study, “Cultural Variation in Infants’ Sleeping Arrangements: Questions of Independence” conducted by Gilda Morelli compared sleeping patterns of Mayan families with sleeping patterns of United States families. In their sample, all the children in the Mayan families slept in their parent’s bed through toddlerhood while none of the children in the United States families slept in their parent’s bed on a regular basis.

The report details the differences between the parents thoughts on sleeping arrangements. They collected reported data on the family’s sleeping locations, night feedings, bedtime routines, sleeping arrangement issues and reflections. Note, that the families studied had roughly the same number of rooms in their homes and children around the same ages.

According to the Mayans report, they saw co-sleeping as the natural way to sleep and not as a necessity. They reported having a difficulty at the time of separation. In addition, they viewed separate sleeping as child neglect.

The families from the United States reported practicing separate sleeping for developmental and affectionate reasons. They were concerned with the infant’s survival if they practiced co-sleeping and that they needed to be able to get their own sleep.

These results emphasize the cultural relativity between cultures. Families in the United States practice separate sleeping because they value independence, while other countries around the world practice co-sleeping because they value interpersonal relationships and emotional attachment. Sleeping styles with infants then begins to mean something deeper because it is completely based on one’s own communities’ values and goals.

This article is based on discussion and issues presented in an advanced college-level child development course and the following article:
G. A. Morelli et al., “Cultural Variation in Infants’ Sleeping Arrangements: Questions of Independence,” Development Psychology 28 (1992): 605- 613. 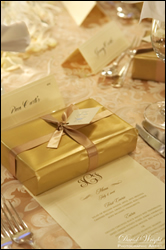