The National Endowment for the Arts (NEA) today continued its drive toward making the Big Read the largest federal reading program in U.S. history. The NEA announced that Franklin is one of 127 libraries, municipalities, and arts, culture, higher education, and science organizations to receive a grant to host a Big Read celebration.

The City, in partnership with the Williamson County Public Library, was awarded the matching grant to produce a month-long program aimed at capturing “lapsed or reluctant” readers. It is estimated that less than half of the adult American population reads literature and that literary reading is declining among all age groups with the steepest decline being in the youngest age groups.

Partnering with the Williamson County School System and the Franklin Special School District is a large component of Franklin’s Big Read program.

“We’re extremely excited to have been awarded this grant and look forward to engaging our entire community in the Big Read,” stated Jay Johnson, City Administrator. He continued,

“Attracting those of us who no longer take time to read literature and catching the interest of those who might be reluctant to read classics were major incentives for the City to try for the NEA grant.”

Each of the 127 communities nationwide that were awarded the grant had a choice of 16 literary classics. The City of Franklin has chosen The Maltese Falcon by Dasheill Hammett. The kick-off for the City of Franklin’s program is scheduled for March 29th.

Events will include a kick-off party; several book discussions held at various locations including one with the families of our adopted soldiers; and a murder mystery wrap-up party held at the Factory.

The latest Big Read grantees represent 38 states, the District of Columbia, and the U.S. Virgin Islands. The NEA inaugurated the Big Read as a pilot project with ten communities in 2006. By 2009, approximately 400 communities in the U.S. will have hosted a Big Read since the program’s launch.

“In just two years, the Big Read has grown from ten communities to include nearly 200 towns and cities nationwide. Although each of these communities celebrates its Big Read program in its own way, one theme we consistently hear back is that the Big Read is not just bringing citizens back to the joy of reading, but also reinvigorating the very idea of community,” said NEA Chairman Dana Gioia.

“I am delighted to announce the newest round of Big Read communities in this program, which is about so much more than reading.”

The Big Read is an initiative of the National Endowment for the Arts designed to restore reading to the center of American culture. The Big Read brings together partners across the country to encourage reading for pleasure and enlightenment.

The National Endowment for the Arts is a public agency dedicated to supporting excellence in the arts—both new and established—bringing the arts to all Americans, and providing leadership in arts education. Established by Congress in 1965 as an independent agency of the federal government, the Arts Endowment is the nation’s largest annual funder of the arts, bringing great art to all 50 states, including rural areas, inner cities, and military bases. For more information, please visit www.arts.gov.

The Institute of Museum and Library Services is the primary source of federal support for the nation’s 122,000 libraries and 17,500 museums. The Institute’s mission is to create strong libraries and museums that connect people to information and ideas.  The Institute works at the national level and in coordination with state and local organizations to sustain heritage, culture, and knowledge; enhance learning and innovation; and support professional development. For more information, please visit www.imls.gov. 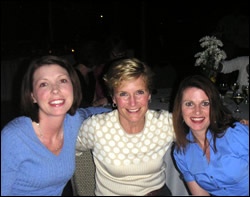