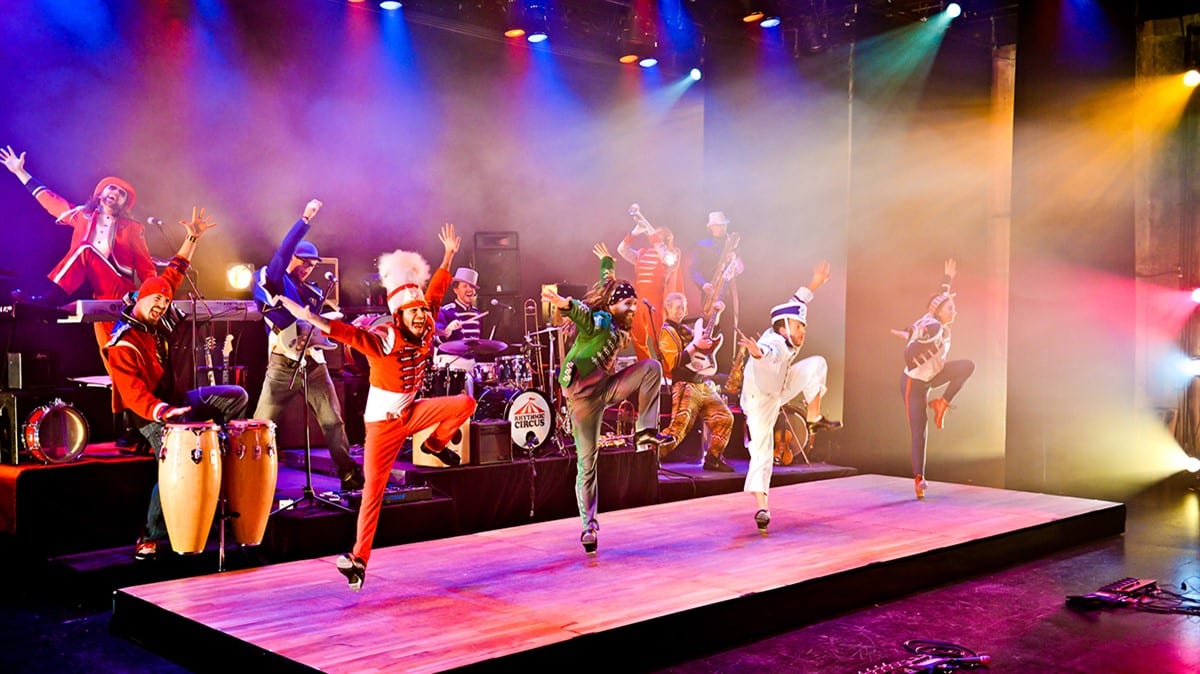 Part of the Celebration of Dance Series

Their name, Rhythmic Circus, might seem strange for a quartet of hoofers and a live band, but actually, their magnetic, high-energy shows are all about juggling a combination of dancing, humor and music – all wrapped within a bundle of positive messages. It seems to be a rare occurrence where family can enjoy an evening together, with children of all ages laughing and stomping their feet alongside each other. Rhythmic Circus provides that atmosphere and entertainment.

Feet Don’t Fail Me Now!
FEET DON’T FAIL ME NOW! premiered in August 2008 at the Ritz Theatre in Minneapolis, Minnesota, when the group’s dancers and founders joined forces with the seven Twin Cities’ heavyweight musicians. Together, they integrated an inventive style of rapid-fire tap with a variety of musical genres to create a show that presents a wildly creative view into the indomitable power of the human spirit. The show’s brilliance has been marked by rave reviews, sold-out engagements and numerous awards, including two SAGE Awards for Outstanding Ensemble and Performance, a Spirit of the Fringe Award (Edinburgh Festival Fringe’s top theatrical award), two Upper Midwest Emmy’s and being named “Best Dance Performance” by Minneapolis’ City Pages.