In the tradition of Civil War cavalry training, 25 men of the Seventh Tennessee Cavalry, Co. D will participate in a camp of instruction at Carnton March 21- 22.

The camp of instruction prepares the men and their horses for large-scale reenactments such as the Battle of Shiloh that the group will participate on the anniversary of the battle in April, according to Mark Bridges of the 7th Tennessee.

“We not only train ourselves in drill formations and battle tactics, but it’s also important to familiarize the horses with the sounds of firing right next to their ears. You don’t want to get them in the middle of a full-scale battle reenactment never having had that experience,” Bridges continued.

The men set up camp in authentic Civil-War style and will be available to answer questions about camp life. They don period-correct uniforms and accoutrements and many own and fire actual Civil War era weapons.

“We intend for our demonstrations to be a visual instruction to help people learn about what it was like during the Civil War,” said Bridges.

*To view the demonstration without the house tour, the cost is $5 per person.

“The opportunity to see this slice of history presented in such an engaging way should not be missed by anyone interested in the Civil War,” said Margie Thessin, Carnton’s interim executive director. “Events like this really make history come alive.” 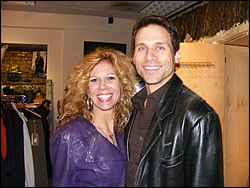