Since 1987, the City of has served as a reliable source of rmation for measuring its performance and for identifying the needs of the community.  The 2006 Household Survey is the 4th comprehensive survey of its kind.  The survey was mailed to more that 22,000 homes and received responses fro 6,572, for a response rate of 30%.

Quality of Life:  The overwhelming majority of the respondents (95%) are Very Satisfied or Satisfied with the quality of life in .

Citizen Characteristics:  Over 90% of the respondents are not natives and over 60 % moved here within the past ten years.  About 40% moved from some other state and 20% moved from .  Many factors brought them to , such as its small-town character, new jobs, ’s historic atmosphere and the quality of schools.

City Services:  The respondents gave high marks to City services, such as Police and Fire services as well as City conditions, such as street cleanliness and maintenance.

City Direction and Status:  Overall, the City of is on the right track.  It is doing a good job of keeping citizens rmed about City issues and City employees are responsive to citizens’ concerns.

Traffic:  Four out of ten respondents perceive local streets to be always or usually congested and one-half believe this to be true sometimes.  Some of the most important traffic-related issues are congestion; time lost due to congestion, driving stress, lack of enforcement of traffic laws, the use of cell phones, rude drivers and the need for better traffic-light coordination.

Water Quality:  Even though three-fourths of the respondents indicated that they were very satisfied or satisfied with the quality of water in , comments about its smell and taste were consistent themes.

Curbside Recycling:  Almost two-thirds of the respondents do not recycle glass, aluminum or paper, but they would like the City to implement a recycling program, although they would not be willing to pay a fee for this service.

Community Facilities:  Exercise trails, playground equipment, picnic shelters and athletic fields are the facilities used most often by citizens.  A performing arts center/amphitheater, a zoological or botanical garden and more parks and open space would be desirable.  The City also needs more trails for recreational use, a public golf course, cultural facilities and a museum.

Housing:  The City should encourage a mix of housing styles to serve changing preferences.  Almost one-half believe that it would not be appropriate to include multifamily housing with single-family housing in the same neighborhood; although about 35 % fell it might depend on the design of the dwellings.  When asked if should have mixed-income neighborhoods, 38% said it would depend on the design of the homes, 32% said “yes” and 28% said “no.”

Although it is merely one aspect of the City’s citizen-participation process, the survey is vital to the success of City Departments and ultimately the community at large.  All of us in city government will use the results of the 2006 Household Survey to assess our performance, to identify potential problems that affect City residents and to identify issues that are important to residents. 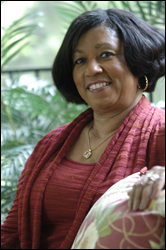