The relatively new, indoor Golf Sanctuary in Brentwood is known as “a club of clubs” due to its convenient location sitting among seven country clubs. Furthermore, this popular spot already is also known for its memorable meals and cocktails, thanks to The Golf Sanctuary’s Executive Chef Joey Ray, who also serves as its director of food and beverage.

“We provide a quality-driven, American bistro vibe, similar to what Europe is known for. The food is classy but not pretentious, and we have elevated comfort food as well,” says Joey. “We want our clients to have a unique food experience each and every time.”

Taking part in the Sanctuary’s state-of-the-art environment and first-rate membership service involves outstanding food choices and beverages, assures Joey. He operates the commercial kitchen, sprinkling in his Napa Valley- and New York-curated practices. After relocating from a 10-year run in Napa to Nashville in 2016, he led Union Station Hotel’s culinary team through a massive reconception initiative. Since then, diners also got to sample his culinary creations as the executive sous chef at The Hermitage Hotel and southern regional chef for The Ainsworth-Nashville.

“At The Sanctuary, we can handle up to 27 to 30 golfers at a time and up to 99 total guests, including dietary restrictions,” Joey confirms.

This chef says he especially enjoys hosting special events, such as wine, tequila or bourbon tastings, some of them held as private events. “Given my Napa experiences, I’m really happy with the wine tastings we’re providing in Nashville.”

In fact, many of these tastings are attended by only 30 participants, at the most, who have to be “in the know” to even be aware that they’re offered. “Our members only know about the tastings, and then it’s word of mouth. These are coursed meals with wine and food pairings of custom menus, often in tapas style. The tastings give me a chance to be super creative, the staff has fun and the attendees have an amazing time,” Joey says.

He holds a bachelor’s degree in hotel, motel and restaurant management from The Culinary Institute of America, however, Joey confides that much of his early food knowledge was learned at the apron strings of a woman he calls Granny Patterson. She shaped much of his approach to food preparation, specifically regarding old-fashioned Southern food that he helped her prepare, such as biscuits and gravy, chicken and dumplings, venison and pickles made from peeled cucumbers.

This 25-year culinary veteran participated in charity programs, such as the Napa Valley BBQ & Beer Battle, winning the “best barbecue” title for multiple years. Additionally, he served as the host chef and competitor for the Nashville Cochon555 competition.

Joey says he’s enjoying how flexible he can be with the current food options, incorporating local produce and ingredients “whenever, and as much as possible.” He adds that the menu is freshened on a quarterly basis. He also confirms that The Golf Sanctuary options will take on “heartier editions” the deeper into fall the season gets. “After all, Thanksgiving is my favorite day of the year, with cooking all day, wine and family around,” he says.

Citing a love for the flexibility in his current culinary role, Joey says he has a repeat client who often rents out the entire Golf Sanctuary dining room. “We’ve even had a seven-course tasting menu with a smoked theme, meaning every offering had a live coal or live fire element to it,” he adds.

At press time, Joey was working with a client to customize a menu for a 60th birthday celebration. “In these cases, I love to recreate any favorite meal items from the honoree’s life.”

Even with all the custom, private food that Joey creates, he says many still enjoy his big-seller American Cheeseburger. However, ask about the’ Joey Burger’ on the Golf Sanctuary’s secret menu — are those truly housemade fermented chilies of some sort? 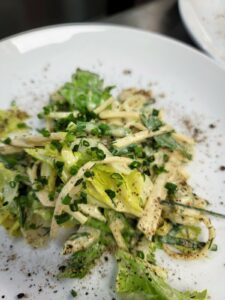 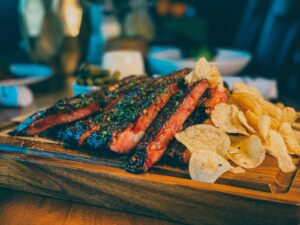 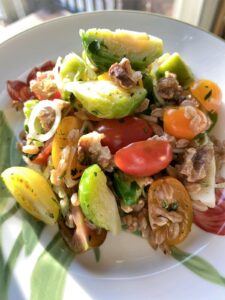 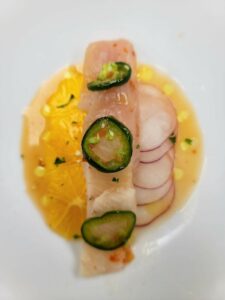 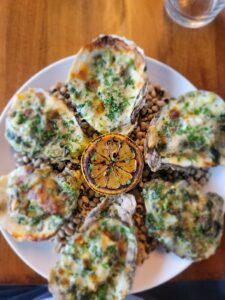 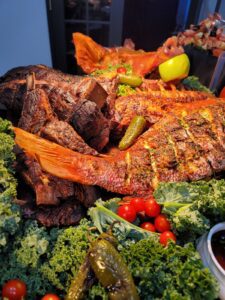 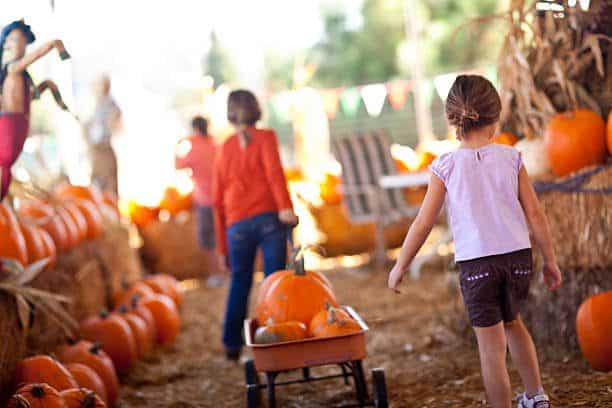 Things To Do This Week in Franklin & Williamson County (Oct. 24-30)