Nashville, TENN. (January 19, 2023) – Nashville International Airport (BNA) today unveiled the new Grand Lobby in the completely renovated and reimagined 200,000-square-foot space in the center of the terminal, including 24 TSA security screening lanes and multimedia digital and visual art. A core component of the BNA Vision® plan, the Grand Lobby will officially open to the public on the morning of January 24, marking the return to a single terminal at Nashville International Airport. 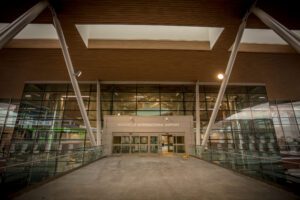 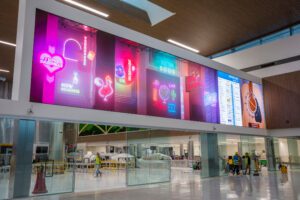 “Since the launch of BNA Vision in 2017, we’ve been hard at work building and renovating Nashville International Airport to meet the travel demands of Tennessee today and into the future,” said Doug Kreulen, President and CEO of Nashville International Airport. “The new Grand Lobby dramatically changes the look, feel, and energy of the airport. We’ve more than doubled our security screening capacity to handle the region’s growth and popularity as a destination. With large-scale art installations, high-definition video displays, new restaurants, and retail spaces, and floor-to-ceiling windows, it will be clear as soon as you step foot into BNA that Nashville is home to a world-class airport.” 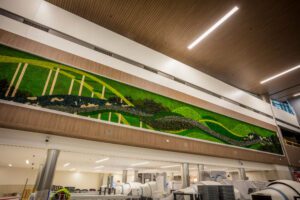 BNA’s Grand Lobby features a sweeping roof canopy with an oculus skylight reminiscent of an acoustic guitar when viewed from above. It also includes a pedestrian bridge that connects to the Grand Plaza, Terminal Parking Garage, and our future hotel. Once inside, travelers will be greeted with an immersive multimedia showcase through two enormous 12K resolution screens. Gentilhomme Studio developed the screens and content with the guiding mantra of “Nashville awaits your return.” 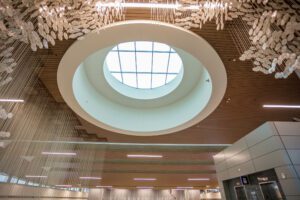 The lobby also prominently features a five-story sculpture from artist Jacob Hashimoto called The Unscalable Ramparts of Time, an installation crafted with 8,000 washi paper kites suspended from fiber glass rods. Each side wall of the lobby showcases a 105-foot hanging garden by Garden on the Wall that portray the Korean Veterans Memorial Bridge and the Natchez Trace Parkway Bridge through the use of moss, hydrangea, ferns and other flora found natively in Tennessee. The master architect for BNA Vision is Corgan, and the design-build team for the Grand Lobby was Hensel Phelps and Fentress Architects. 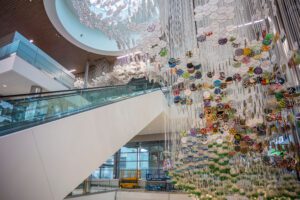 “The opening of the new on-airport Hilton Hotel and International Arrivals Facility later this year will mark the completion of our original BNA Vision plan, but we’re already looking beyond that given Nashville and Middle Tennessee’s unprecedented growth,” Kreulen added. “The next phase, which we’re calling New Horizon, is an additional $1.4 billion plan phased out over the next six years with completion in late 2028. That work is underway now, and we can’t wait to share our progress over the next few years.”

As infrastructure critical to the region’s growth and prosperity, BNA® is a vital asset for Middle Tennessee and serves as a gateway to Music City and beyond. According to a recent study, in 2019 alone, BNA generated more than $9.9 billion in total economic impact, supported more than 76,000 jobs in the region and produced more than $443 million in state, local and federal taxes. BNA receives no local tax dollars. For more information, visit flynashville.com. Follow us on Facebook: @NashvilleInternationalAirport, Twitter:@Fly_Nashville and Instagram: @FlyNashville. Learn more about BNA® Vision, our expansion and renovation plan for the airport, atBNAVision.com.

NASHVILLE INTERNATIONAL AIRPORT®, ®, COMMANDER BERRY FIELD®, JOHN C. TUNE AIRPORT®, and JWN®, among others, are the registered trademarks and trademarks of The Metropolitan Nashville Airport Authority (“MNAA”). Use of these trademarks without permission from MNAA is strictly prohibited. 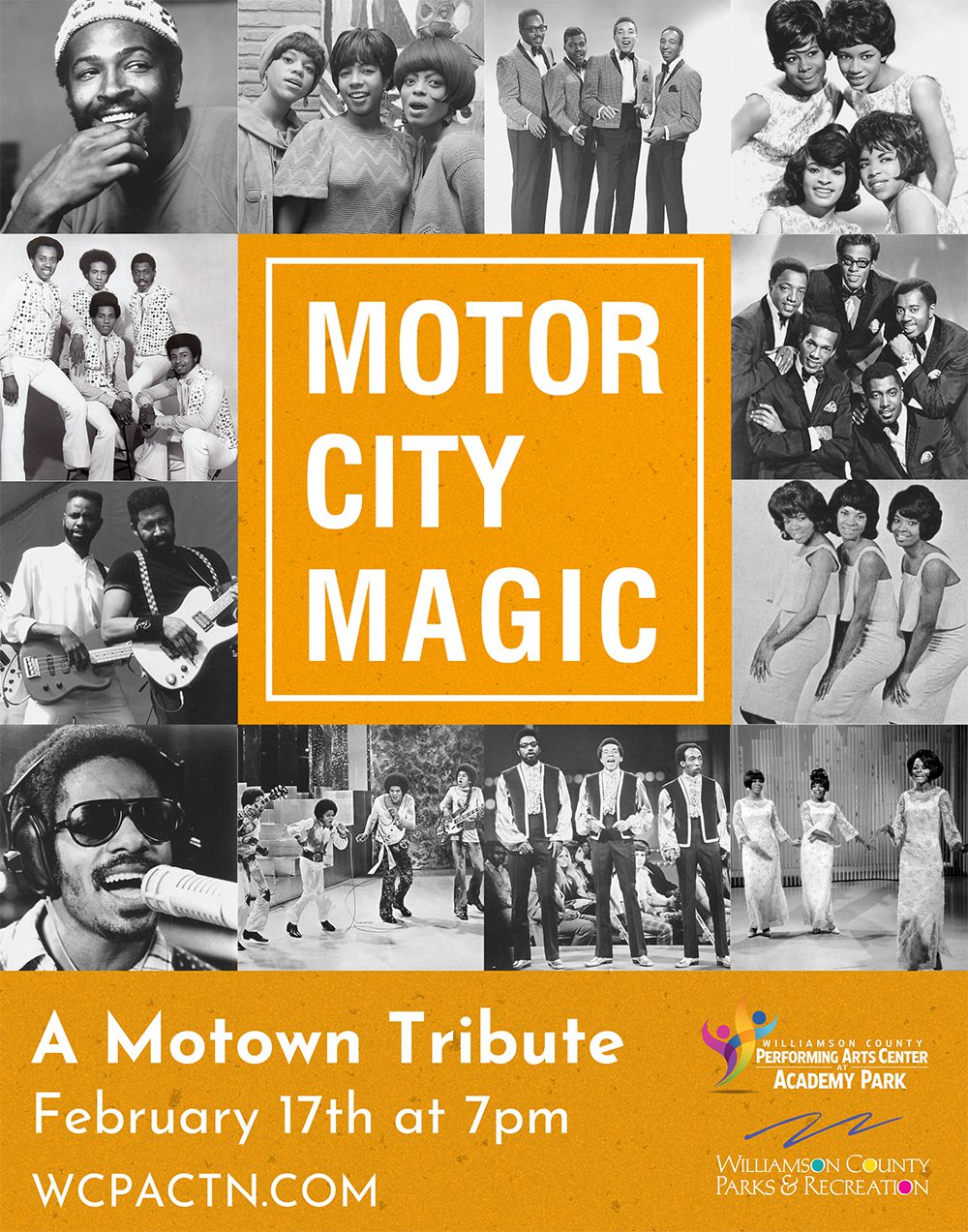 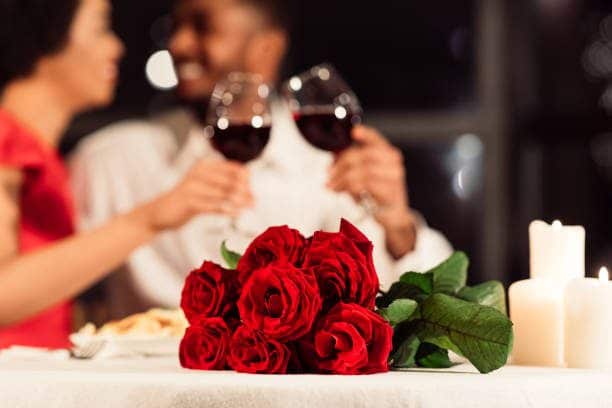 Where to Dine with Your Valentine in Franklin & Williamson County