Charlotte LaCorte is a natural in front of the camera, just like her mama, CheeseGal. Even at 4 years old (5 in August, she’d tell you), Charlotte already knows more about food than many adults do. “Um, that’s prosciutto,” she’s quick to correct the photographer who asks if she’d like to eat a little ham for the photoshoot. But Charlotte’s favorite part of her Mama’s cheese boards are the strawberries, actually.

Growing up as the daughter of local Nashville favorite “CheeseGal” Cortney LaCorte, Charlotte was quick to claim her own space in the spotlight, earning fans with her fantastic smiles, hilarious quips, and “Baby Ina” cooking demos and day-in-the-life videos on her mom’s account, @cheesegal.

Cortney LaCorte, AKA “Cheese Gal,” is a full-time food and cocktail content creator and mom of two beautiful girls, Charlotte and Ellie. Her husband, Chris, is a country music songwriter and producer who recently celebrated his second No. 1 as a songwriter and currently has his third single on country radio. According to 4-year-old Charlotte, “Mommy makes cheeseboards and sometimes martinis. Daddy writes songs, and I like when they are on the radio.” The LaCortes love to cook together, and spend time together as a family.

Charlotte says her favorite food in the world is her Dad’s Pasta Limone. Cortney also shares some of their family’s go-to recipes, including that Pasta Limone, on social media, plus spends time perfecting dirty martini, bloody mary, and margarita recipes, while also recommending great wines for grown-ups that are quick to sell out Trader Joe’s locations nationwide.

When she’s not hamming it up on camera, Charlotte enjoys playing with her equally adorable baby sister, Ellie, and going to her favorite restaurants, which include locally-owned Radish, Tex-Mex haven Superica, and the American classic, Taco Bell. Charlotte says the worst thing she’s ever eaten was mangoes. “I do not like!  And my school just keeps trying to make me eat them!” she vents. She then goes on to describe her perfect day of Nashville dining, beginning with toast and eggs for breakfast, followed by her favorite grain bowl at Radish (a kids grain bowl with Napa cabbage, crispy baked chicken, pickled red onion, avocado, cucumbers, crispy chickpeas and ranch). For dinner, she chooses something many kids would agree on, Chick-Fil-A. Her go-to order:  Chick-Fil-A chicken nuggets, fries and lemonade, plus ice cream for dessert.

Charlotte’s advice to picky eaters and people who are hesitant to try new things? “Well, my Nana is kind of a picky eater, and do you know why? She doesn’t like pimento. I tried to make her eat that and I told her you have to try things you don’t like! She also doesn’t like chocolate chips on pancakes but she tried them for me.”

Wrapping up the interview and photoshoot at Gracie’s Milkshake Bar at L&L Market, Charlotte sips on a unicorn-themed milkshake and exclaims, “Thank you! This is the best day of my life!”

And she doesn’t even have to be asked to say “cheese” to get that grin.

It’s 4:41pm on Wednesday, one of the hottest days of 2022 thus far, and Tom Eckert knows exactly where his son is…He’s about to eat Nashville hot chicken for the third day that week. And this is nothing new. Mason Eckert has been eating Music City’s signature fiery fowl all over town since the age of 9.

Turning 14 in August, Lori and Tom Eckert’s son, Mason, already has made a name for himself in the Nashville hot chicken scene, and local chefs try their hardest to overwhelm him with spice — but the teen has yet to be bested by even the hottest of the hot.

“Are you coming in with you your son today?” asks the Prince’s Hot Chicken employee when Mason’s dad Tom calls to place an order. The whole team has come to recognize the Eckerts. Tom says today they’re just grabbing it to-go, a standard move for the hot chicken eater.

Mason says Prince’s has created the hottest chicken he’s sampled thus far: XXXXXhot (yes, that’s 5 X). He says it’s also the best, which is fitting for the iconic creators of the now globally popular dish. His go-to order at Prince’s are the leg quarters — 2 hot and one medium. Sometimes he’ll sub in an extra hot order.

The teen started eating hot chicken in competition with his father, Tom Eckert, who is a corporate chef and partner with Nashville’s Morph Hospitality Group. Born and raised in Naperville, Illinois, Tom developed a love for cooking at an early age. He received his degree in culinary arts from the Cooking and Hospitality Institute of Chicago, and served as sous chef under Maneet Chauhan at Vermilion in Chicago before becoming executive chef at Café 103, which was nominated for best new restaurant and listed as one of the city’s “21 Best New Restaurants” by Chicago Magazine under his direction. Eventually, Tom moved to Brentwood to work with Maneet Chauhan once again at Morph.

“Originally I started eating hot chicken because my Dad always brought home Prince’s Hot Chicken. I wanted to see why he thought it was good. One day I ate mild, I thought it was extremely spicy at the time I got it, but I kept ordering it until I was able to handle it. Once I could handle mild, I competed with my Dad over who could eat hotter chicken,” recalls Mason.

How did Mason train to eat such hot chicken? “It’s very simple. It just requires patience. I ate spicy food constantly and I noticed my tolerance improving. I kept eating spicier and spicier food and it worked.”

Mason says his secret to cutting that heat is mostly with drinks. “Pickles, milk and coke help me personally.”

Mason’s best advice for someone trying hot chicken for the first time? “It’s about patience. You have to get used to one spice level, then you try to get used to the next.”

At just 8 years old, Stella Rose Jones has spent more time than most kids and adults dining in restaurants, and has quite discerning tastes. She says her top local restaurants are Red Pony and Sean Brock’s Joyland. Her all-time favorite food is sushi, and preferred snacks at home are prosciutto and plantain chips. Her ideal day of dining includes eel sushi and bubblegum-flavored ice cream from Jeni’s.

How does this girl know eel sushi and fine dining restaurants? Stella’s mom, Jackie Gutierrez-Jones (@jaxwriteswords) is a lifestyle writer and editor covering the latest in food, drink and travel for local and national publications, including Lonely Planet, The Infatuation, Time Out, Eater and Nashville Lifestyles. A Miami native, Jackie currently resides in Nashville where she enjoys guzzling rooftop cocktails, eating way too many iterations of hot chicken (so. much. hot. chicken.) and sending a three-finger salute to other drivers stuck in I-440 traffic. Jackie and her husband, Will, have been married for 12 years. “As a family, we love to cook together, check out new restaurants, watch everything Marvel, hike, and ‘make each other laugh until one of us is snorting a liquid out of our noses.'”

Stella’s advice to people kids and adults who are hesitant to try new foods is wise. “Dude, try bites! That’s when you try a new food that you never had. You can’t say it’s bad if you’ve never tried it!”

She also thinks her mom’s job is pretty cool. “It feels good because I get to see new restaurants, try new foods, and meet different people,” smiles Stella. When Stella isn’t trying out new and old favorite restaurants around town and school isn’t in session, the 8-year-old enjoys playing Roblox and Minecraft and loves to read. 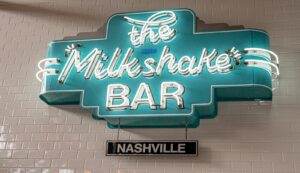 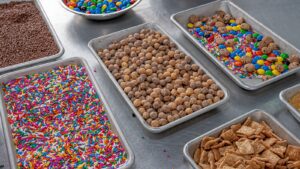 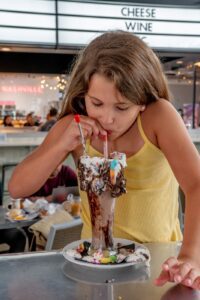 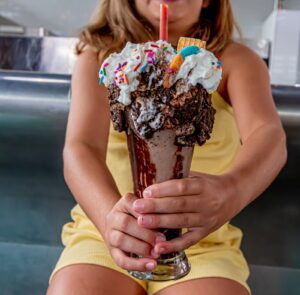 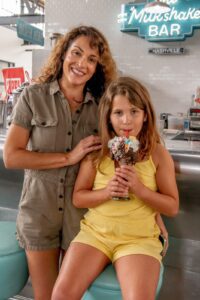 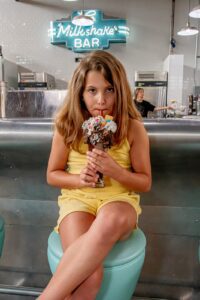 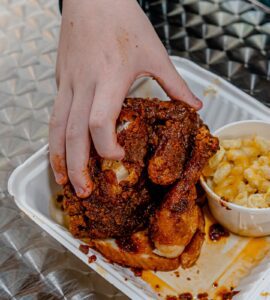 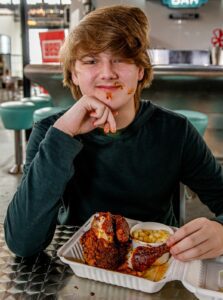 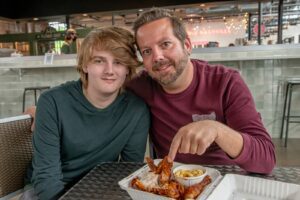 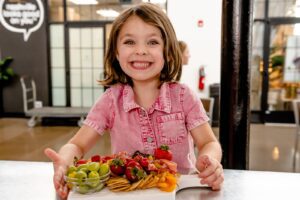 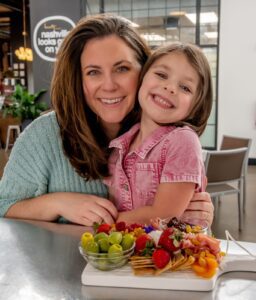 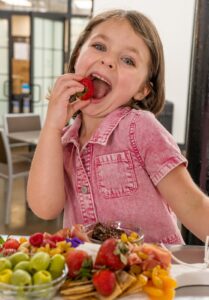 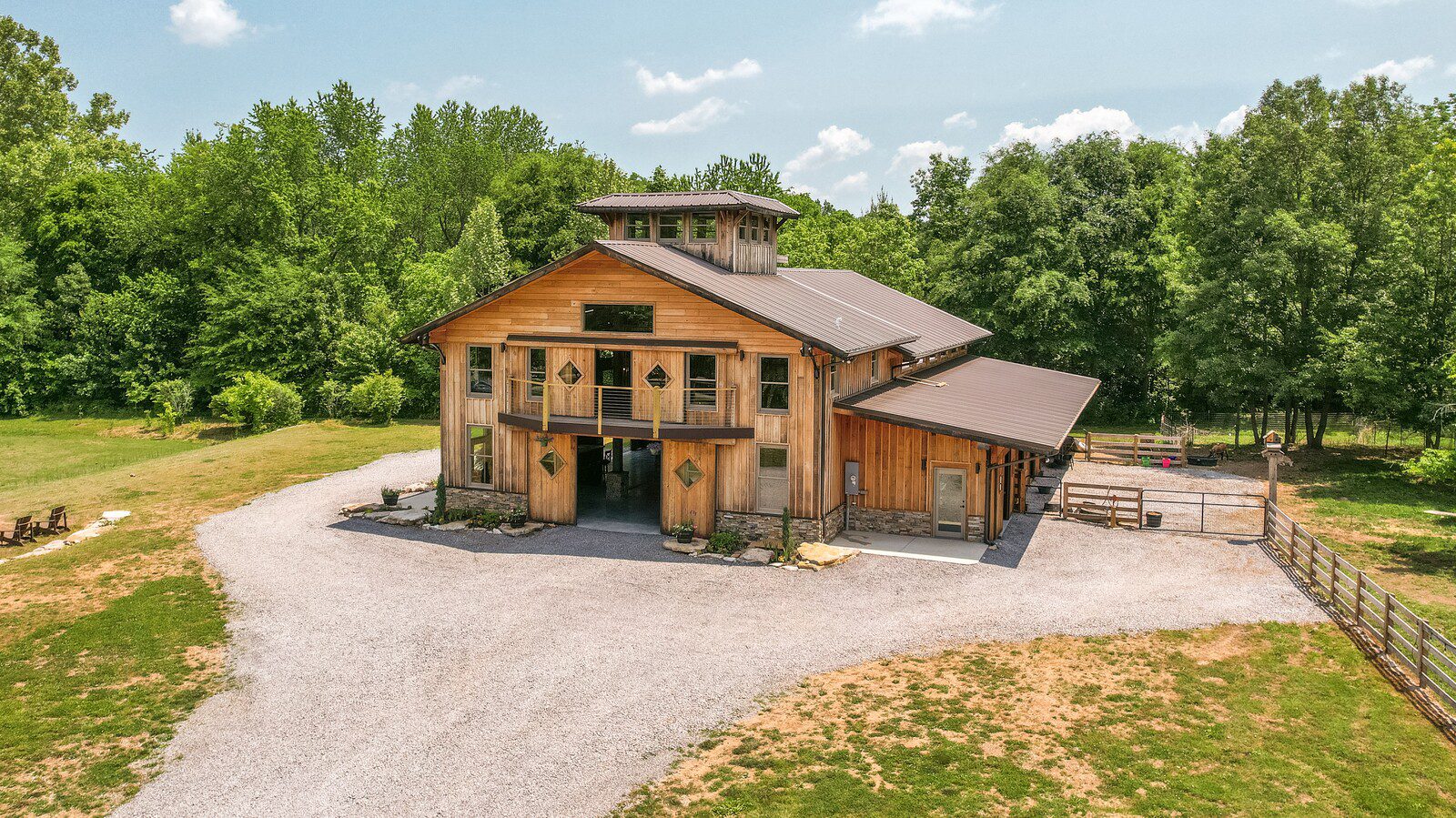 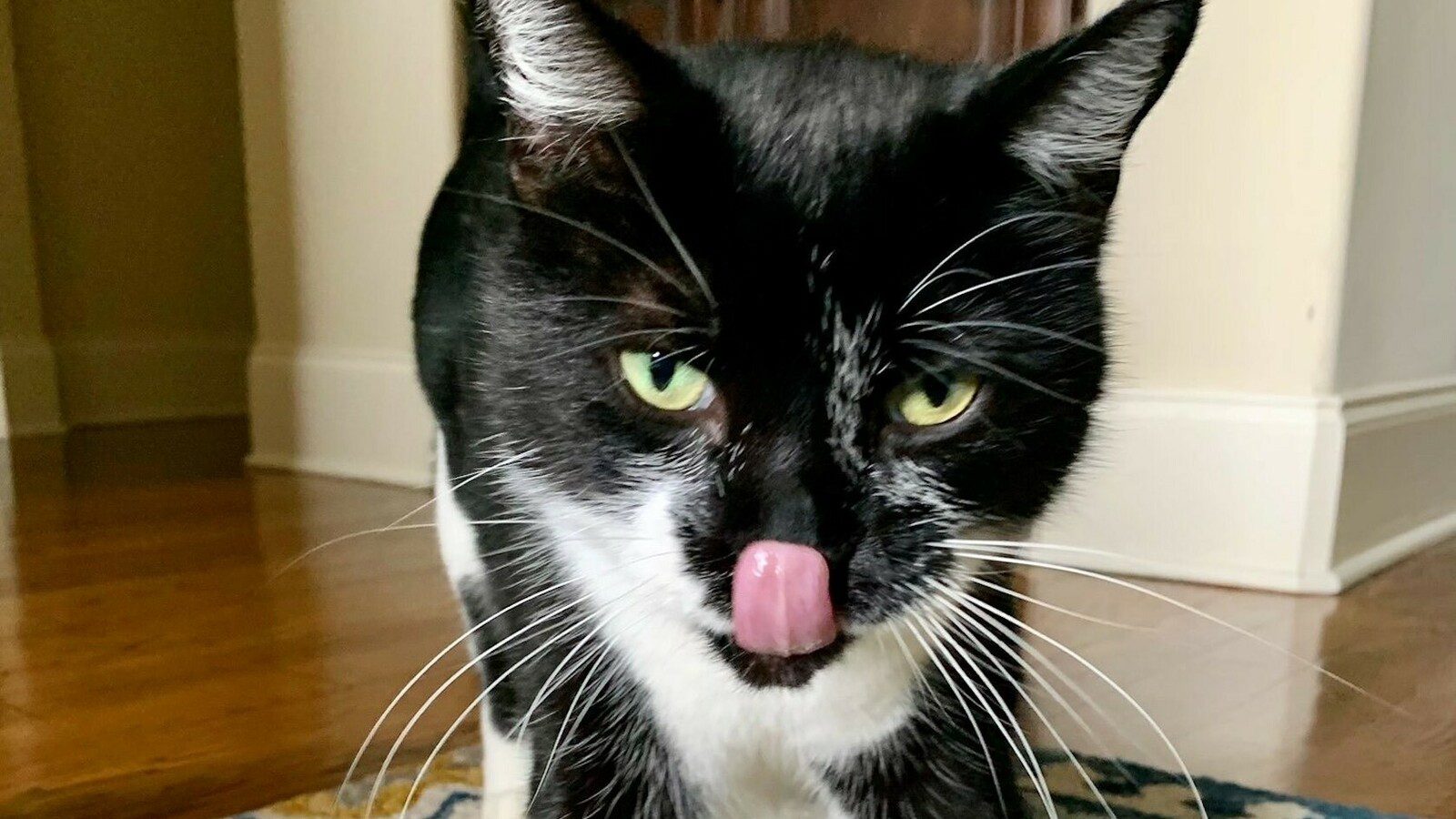