Nashville, TN, January 13, 2021 – The very best of Chicago and Nashville have come together in the form of new pizzas from Gino’s East. In collaboration with the chefs and smokers of Edley’s Bar-B-Que, Gino’s East has created their new Edley’s Pulled Pork Pizza and Edley’s Nashville Style BBQ Pizza. Both pizzas are now available in either deep dish or tavern style (thin, crunchy crust) exclusively at the Nashville, Tennessee location of Gino’s East.

“We are excited to be working with Edley’s, an amazing Nashville institution,” said Jordan Himmel, Chief Information Officer for Gino’s East/Bravo Restaurants. “Their Nashville Style BBQ has redefined the bar-b-que flavors and combining it with our authentic Chicago-style pizzas gives our guests something they cannot get anywhere else!” 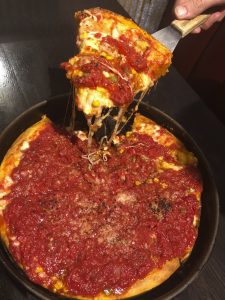 Edley’s owner Will Newman adds, “The marriage of Chicago Style Pizza and Nashville Style BBQ is a beautiful thing.  We have partnered with Gino’s East to create the most unique and delicious pizza ever assembled. We are taking our spicy Nashville Style BBQ with our signature BBQ Sauce to Gino’s deep dish and thin crust to rock your taste buds. This pizza is truly spectacular and one of a kind.  We hope you get to try this fun offering while supplies last.” 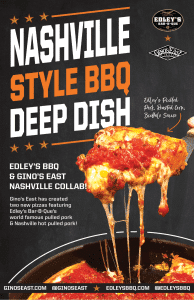 The new pizzas will be offered for dine-in, takeout and delivery from Gino’s East.  They are: 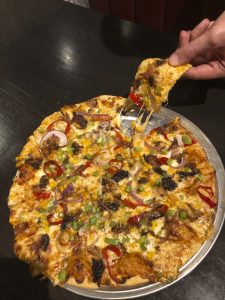 In addition to the new pizzas, Edley’s pulled pork and Edley’s Nashville hot pulled pork are now available as toppings for any pizzas for an additional charge.  All of the pork is smoked and pulled at Edley’s East Nashville location before being transported to Gino’s East at 311 3rd Avenue South in downtown Nashville.

About Gino’s East: Since opening in 1966, Gino’s East has been one of Chicago’s most popular pizza restaurant chains. The original Gino’s East was opened by two taxi drivers, Sam Levine and Fred Bartoli, and a friend, George Loverde. Driving up and down the Magnificent Mile, Levine and Bartoli knew a hit pizza spot right off of this busy stretch of road would be a sound investment. From this decision, Gino’s East was born! Since then, they have expanded into seven states and grocery stores around the country.  Gino’s East in Downtown Nashville opened in March, 2019.

About Edley’s Bar-B-Que: Edley’s Bar-B-Que is named in honor of the late Edley Newman, grandfather of owner Will Newman. He left a legacy of generosity, hard work, and southern hospitality that inspired his children and grandchildren. Edley’s Bar-B-Que is a Nashville institution, one that unites the Nashville tradition of meat and three with the best Bar-B-Que in town that is smoked daily at each of their locations. Edley’s has recently combined the flavor that made hot chicken famous with their delicious smoked pork to create Nashville Style BBQ. With 3 locations in Nashville, there is no excuse to swing by while you are in town. 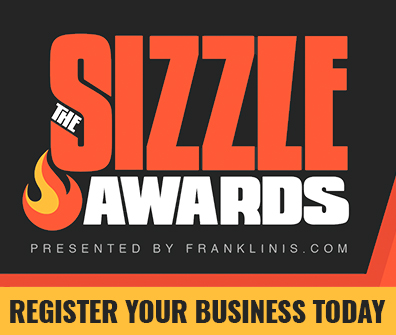 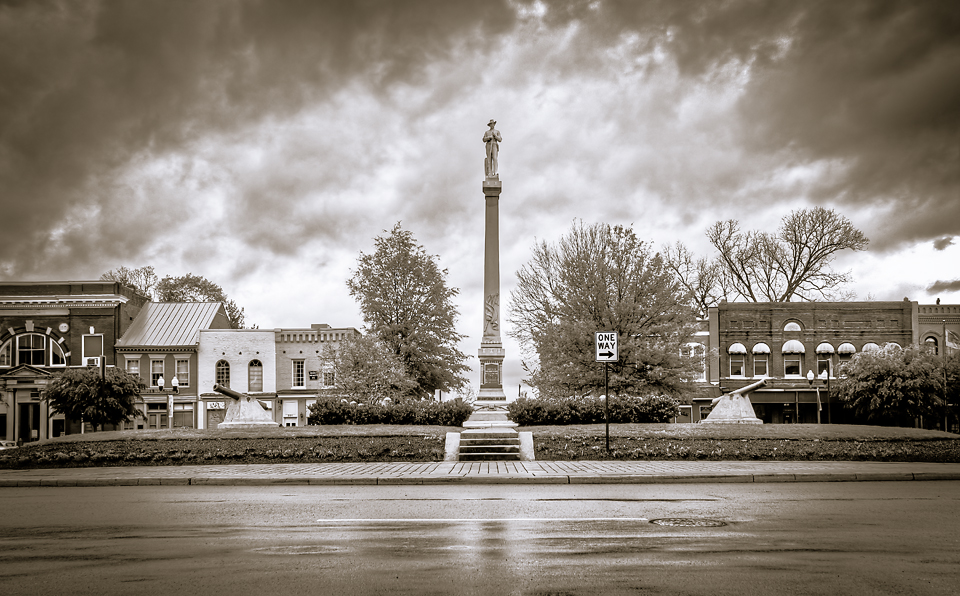