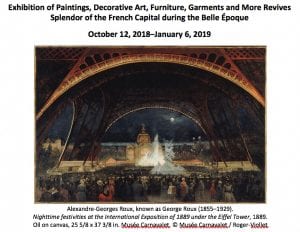 NASHVILLE, Tenn. (August 9, 2018)—The Frist Art Museum presents Paris 1900: City of Entertainment, an exhibition that revives the splendor of the French capital at the turn of the twentieth century, when millions visited the site of the International Exposition. Organized by the Petit Palais Museum of Fine Arts in Paris with additional loans from other Parisian museums, the exhibition will be on view in the Frist’s Ingram Gallery from October 12, 2018, through January 6, 2019. The Frist is the first of three venues in the United States to present this iteration of an exhibition that was originally on view at the Petit Palais in 2014.

With the International Exhibition of 1900 as its starting point, the exhibition offers a focused look at the different ways in which Paris became the entertainment capital of the world. Belle Époque Paris, a period of relative peace and prosperity stretching from 1874 to 1914, was the site of intense artistic and architectural innovation, which gave rise to entertainment forms that continue to remain relevant. 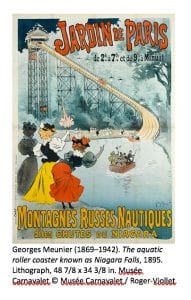 The exhibition also tells the story of a vibrant and swiftly changing city. Although Paris was quite different from its idealized representation in posters and advertisements, the turn of the century was indeed an exceptional time. The city was growing rapidly and had a population of nearly three million by 1914. Additionally, Paris attracted travelers for both business purposes and leisure activities. “It is fitting that Nashville is the first stop of this exhibition’s tour,” says Frist Art Museum curator Katie Delmez. “Like Paris in 1900, Nashville is also in the process of dramatically transforming itself into not only a national cultural hub, but an international destination for entertainment as well. The similarities are striking. Paris was dealing with infrastructure and traffic challenges and a tremendous construction boom, issues that Nashville is now grappling with.”

The objects will be presented in six groupings: “Paris, Showcase of the World”; “Art Nouveau”; “Paris, Capital of the Arts”; “The Parisian Woman”; “Traversing Paris”; and “Paris by Night.”

The first section, “Paris: The World’s Showcase,” introduces visitors to the physical transformations the city underwent leading up to the International Exposition. Architectural drawings and paintings illustrate the building of the city’s first metro line and new train stations, bridges, and buildings like the Petit Palais and Sacré-Couer.

Perhaps the most emblematic artistic movement of the Belle Époque was Art Nouveau, an international style that drew inspiration from nature and tested the long-established hierarchy of art by valuing forms traditionally considered “minor,” such as bookbinding, posters, and jewelry. 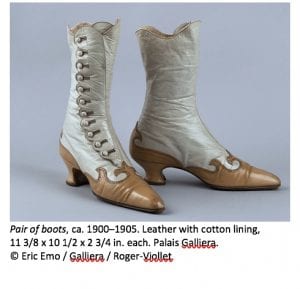 Underscoring the rich variety of artistic movements of the period, “Paris, Capital of the Arts” features works by well-known Impressionist, Symbolist, and Nabis artists along with objects made by less familiar but equally impressive figures such as the female sculptor Camille Claudel and academic painter Paul Émile Chabas.

The creative energy and innovation of the fine art scene influenced the fashion industry. The birthplace of both haute couture and the department store, Paris was unquestionably the capital of the fashion world at the turn of the twentieth century. “The Parisian Woman” section explores the sartorial mastery that captivated and inspired countless artists, artisans, and writers. Advertisements, fashion plates, paintings, costumes and accessories, offer a comprehensive look at the period’s fashion. They include an evening gown designed by Rue Royale couturier Ernest Raudnitz, a velvet cape from Au Bon Marché (the first modern department store), hats by well-known Parisian milliners, button boots, and fans. 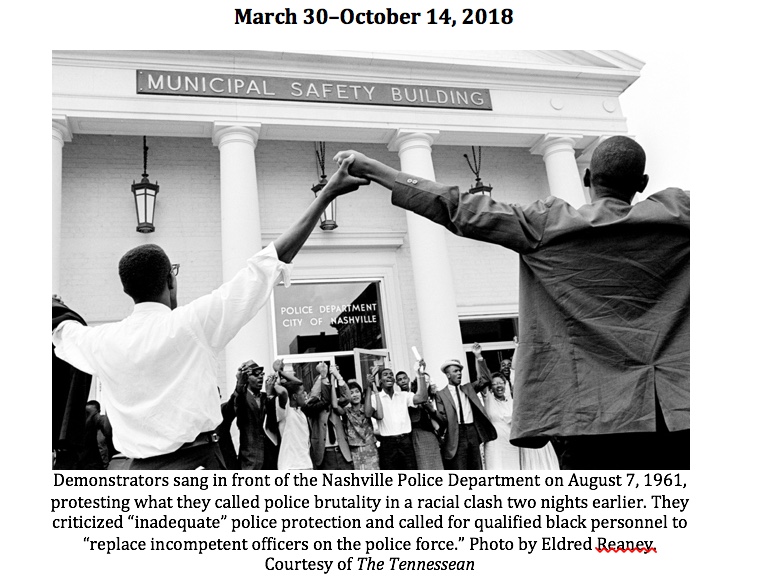 The final portion of the exhibition, “Paris by Night,” turns its attention to new forms of leisure and spectacle and the city’s abundant and thriving nightlife. Cinema, the circus, theme parks, and sporting matches were new and popular attractions. Georges Méliès pioneered the industry with films like A Trip to the Moon (1902), the first science fiction film ever made, which is screened here. Cabarets, like the famous Chat Noir (immortalized in Théophile Steinlen’s black cat poster) and Le Moulin Rouge were also attracting large audiences with their dance and music routines. More upper-class venues such as the Théâtre de l’Opéra and restaurants like those depicted in Henri Gervex’s sumptuous painting of elegant restaurant-goers exemplify the vast array of options.

“Paris 1900: City of Entertainment offers a rare and in-depth look into the spirit of joie de vivre that pervaded Paris at the turn of the last century,” says Delmez. “While the burst of optimism and creative energy would be halted with the outbreak of World War I, the exhibition brilliantly captures and retells the period’s long-lasting influence on future generations.”

Exhibition organized by the Petit Palais Museum of Fine Arts, with exceptional loans from the Musée Carnavalet – History of Paris and the Palais Galliera Museum of Fashion, Paris Musées.

The 1900 International Exposition celebrated achievements in science, technology, the arts, and architecture. The fair brought nearly fifty million visitors to the French capital and magnified Paris’s reputation as a sophisticated city of the twentieth century. In this lecture, curator Mary Weaver Chapin describes the importance of L’Exposition universelle in French life and how its planners created a spectacle to wow the rest of the world.

Mary Weaver Chapin earned her doctorate from the Institute of Fine Arts, New York University. A specialist in nineteenth-century French art, Chapin is a noted expert on Henri de Toulouse-Lautrec; she co-curated the exhibition Toulouse-Lautrec and Montmartre, which was presented at the Art Institute of Chicago and the National Gallery of Art, Washington, DC, and won a 2005 Association of Art Museum Curators Prize for Outstanding Exhibition. In 2012, she curated Posters of Paris: Toulouse-Lautrec and His Contemporaries, an exhibition mounted at the Milwaukee Art Museum and the Dallas Museum of Fine Arts.

La vie est belle! Celebrate the joie de vivre of Paris at the Frist! In 1900, the City of Light hosted L’exposition universelle, a world’s fair, to usher in the new century with innovation and prosperity. Visitors of all ages are invited to enjoy a day of performances and activities inspired by the exhibition and the exposition. Visit FristArtMuseum.org/familyday for details.

Members, visitors 18 and younger, and college students with ID: FREE

Experience Frist Art Museum exhibitions in new and unexpected ways at Frist Fridays. Join us for an evening of extraordinary music and art, with live performances, interactive gallery activities, food and drink specials, and more.

$62 members; $72 not-yet-members (all supplies, gallery admission, and parking validation included). Ages 18+ only. Space is limited. Register by October 19 at FristArtMuseum.org/studio

Learn about early Parisian culture and make a one-of-a-kind bracelet with teaching artist Brooke Griffith of Glen & Effie. The workshop will begin with a tour of Paris 1900, with a special focus on fashion accessories featured in the exhibition. Then, everyone will move to the studios to create their own bracelet with a Parisian landmark token from the 1900s, freshwater pearls, and 14 karat gold-filled chain.

Meet at the exhibition entrance

A Members-Only Curator’s Tour will be held on Friday, November 2, at noon.

Discover the elegance and luxury of the French capital at the time of the Paris International Exposition in this tour of Paris 1900. Join Katie Delmez to explore Belle Époque Paris, and learn how the French capital became known as the City of Light.

$10 members; $20 not-yet-members (all supplies, gallery admission, and parking validation included). 18+ only. Space is limited. Register by October 26 at FristArtMuseum.org/studio

Join Frist Art Museum and Hatch Show Print educators to enjoy a remarkable tour of print memorabilia from Paris 1900 and discuss Parisian culture and early printing techniques. Then, create your own prints, using historic image blocks from the Hatch Show Print collection and other tools.

The Frist Art Museum gratefully acknowledges the support of the Friends of French Art, especially its Moulin Rouge members.

About the Frist Art Museum
Accredited by the American Alliance of Museums, the Frist Art Museum is a 501(c)(3) nonprofit art exhibition center dedicated to presenting and originating high-quality exhibitions with related educational programs and community outreach activities. Located at 919 Broadway in downtown Nashville, Tenn., the Frist Art Museum offers the finest visual art from local, regional, national, and international sources in exhibitions that inspire people through art to look at their world in new ways. The Frist Art Museum’s newly renovated Martin ArtQuest Gallery features interactive stations relating to Frist Art Museum exhibitions. Information on accessibility can be found at FristArtMuseum.org/accessibility. Gallery admission is free for visitors 18 and younger and for members; $12 for adults; $9 for seniors and college students with ID; and $7 for active military. College students are admitted free Thursday and Friday evenings (with the exception of Frist Fridays), 5:00–9:00 p.m. Groups of 10 or more can receive discounts with advance reservations by calling 615.744.3247. The galleries, café, and gift shop are open seven days a week: Mondays through Wednesdays, and Saturdays, 10:00 a.m.–5:30 p.m.; Thursdays and Fridays, 10:00 a.m.–9:00 p.m.; and Sundays, 1:00–5:30 p.m., with the café opening at noon. For additional information, call 615.244.3340 or visit FristArtMuseum.org. 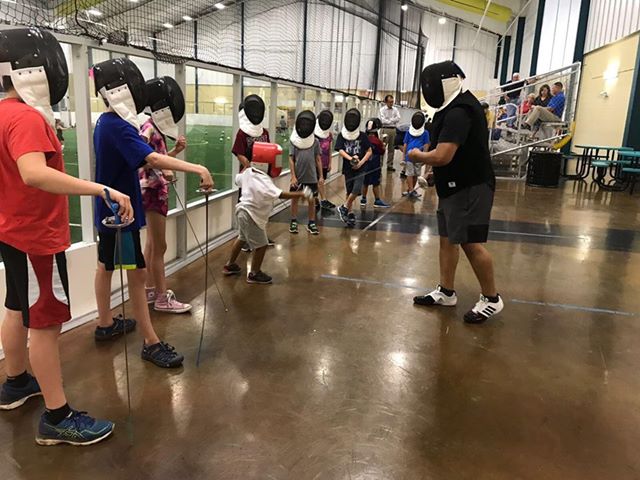 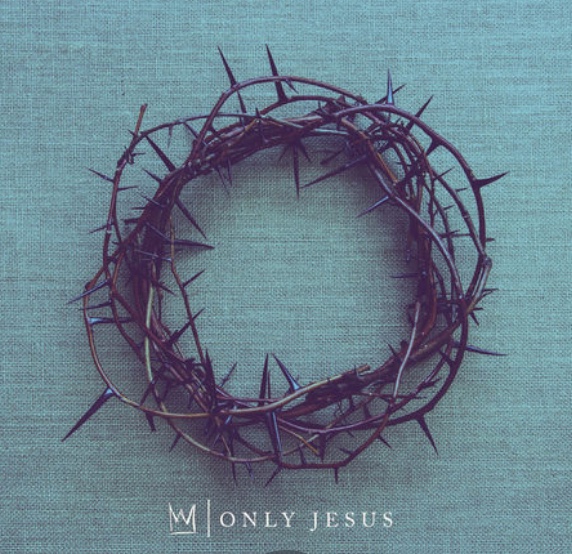