The Frist Art Museum presents Frist Friday: An Evening of Chaos and Awe

The Frist Art Museum presents Frist Friday: An Evening of Chaos and Awe

NASHVILLE, Tenn. (July 12, 2018)— The Frist Art Museum presents Frist Friday: An Evening of Chaos and Awe on Friday, July 27, from 6:00 to 9:00 p.m. Inspired by the exhibitions Chaos and Awe: Painting for the 21st Century and The Presence of Your Absence Is Everywhere: Afruz Amighi, the evening will offer visitors opportunities to experience art in new and unexpected ways with live performances, interactive gallery activities, and food and beverage specials. 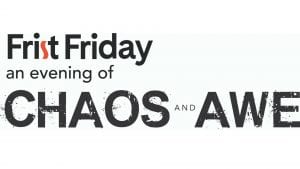 Chef Maneet Chauhan (Chauhan Ale & Masala House, Tànsuŏ, and The Mockingbird) created a dish in response to Chaos and Awe as part of our multimedia tour of the exhibition on the Frist App. Samples of “Late-Night Noodles” and copies of Chef Chauhan’s recipe will be available (first come, first served) during the evening.

Bearded Iris Brewery will introduce a special release, exhibition-inspired beer “Chaos Theory,” which will be available to sample and to purchase.

Adia Victoria is a Nashville-based singer, songwriter, and poet known for her brooding “gothic blues” style and compelling live performances. Her 2016 debut album Beyond the Bloodhounds earned wide critical acclaim from national outlets, including Rolling Stone, NPR, and American Songwriter, and she is set to release a follow up on Canvasback/Atlantic Records. Raised in South Carolina, Victoria drew early inspiration from blues and country legends, including Robert Johnson, Junior Kimbrough, and Patsy Cline. She names Angela Davis, Maya Angelou, and Flannery O’Connor as literary role models, and her own songs center around themes explored in Chaos and Awe—displacement, isolation, and the question of sin and salvation. She sums up her artistic goals by stating, “I want to shine a light on the unseen and speak the unspeakable.”

Ciona Rouse is a Nashville poet whose first chapbook, VANTABLACK, was published by Third Man Books (2017). She was featured in the live performance Nick Cave: Feat. Nashville in April. Rouse has written a body of poetry that will be interwoven into Adia Victoria’s performance.

Afruz Amighi, an artist whose exhibition The Presence of Your Absence Is Everywhere will be on view in the Gordon Contemporary Artists Project Gallery, has long incorporated music and poetry into her visual arts practice. Darius Jamal VanSluytman, a New York­–based composer, producer, and performer, will start the evening with a series of musical interludes inspired by Amighi’s work.

A fixture of New York’s alternative music scene, VanSluytman began performing in the late 1990s with acclaimed alt-rap crew No Surrender. He has worked with poet and electronic musician Mike Ladd and Tunde Adebimpe of TV on the Radio and performed a commissioned work at The Whitney Museum. This performance, his first in Nashville, and marks his third collaboration with Afruz Amighi. He will be accompanied by a trio of Nashville string musicians: Alicia Enstrom, viola; Cremaine Booker, cello; and Timbre Cierpke, harp.

Improvisational keyboardist Embers Music will play in the Lobby, responding musically to the ambient reverberations and energy of the evening.

Afruz Amighi will give an in-gallery talk after the musical performance.

Nashville artist James Perrin, whose work is in Chaos and Awe, will give an in-gallery talk.

Ciona Rouse will lead an interactive creative writing activity in the galleries, responding to works in Chaos and Awe and The Presence of Your Absence Is Everywhere.

Admission to each Frist Friday is free for Frist Art Museum members, visitors 18 years and younger, and college students with ID. General adult admission is $12.00 for not-yet-members, $9.00 for seniors, and $7.00 for military.

*The performance series will now be held through the year indoors instead of during consecutive summer months in the Turner Courtyard, and the series programming will be closely linked to exhibitions on view. The next Frist Friday will be on Friday, October 26, to coincide with the exhibition Paris 1900: City of Entertainment.

Exhibitions on View During Frist Friday: An Evening of Chaos and Awe

This exhibition comprises paintings by an international array of artists, including Franz Ackermann, Ahmed Alsoudani, Eddy Kamuanga, Wangechi Mutu, and Sue Williams, that induce feelings of disturbance, mystery, and expansiveness through the portrayal of forces shaping and hastening social transformation in ways increasingly difficult to predict, such as globalism, ideological conflict, and technology. These forces can make people feel frightened by their ungraspable breadth and powerful influence, or inspired by their promise of a previously unimaginable understanding of connectedness. These sensations are associated with the sublime, a word that has traditionally referred to the feeling of being awed or terrified by the unfathomable nature of God and the cosmos. Chaos and Awe equates the sublime with the depth and mystery of the human mind and its extension into the world.

Organized by the Frist Art Museum

This exhibition presents recent sculptures and drawings by the critically acclaimed artist Afruz Amighi, who was born in Iran in 1974 and has lived in the United States since 1977. Her work is in the permanent collection of the Metropolitan Museum of Art, Museum of Fine Arts, Houston, and other major museums. In 2009, she received the inaugural Jameel Prize, the Victoria and Albert Museum’s prestigious international award for contemporary art and design inspired by the Islamic tradition. Using light and dark as her primary medium and telling stories in shadows, she creates sculptures made of industrial materials commonly found on urban construction sites. When illuminated, the sculptures defy their humble origins and mimic the effect of more decadent luxury objects. Recently, art deco architecture, Native American headdresses, and missiles have entered her repertoire of sources, alongside the art of the Middle East, as the artist engages with her Iranian American heritage and current political events. The exhibition will include three new works made specifically for this exhibition, including the major sculpture We Wear Chains. This is the artist’s first solo museum show.

Organized by the Frist Art Museum

Use of the line “The presence of your absence is everywhere” adapted from a letter by poet Edna St. Vincent Millay, courtesy of Holly Peppe, Literary Executor, Millay Society, millay.org

Image Building examines the complex and dynamic interactions among spectators, images, buildings, and time through the lens of architectural photography in America and Europe from the 1930s to the present. Organized by guest curator Therese Lichtenstein, Image Building surveys the ways in which artists explore the relationship between architecture and identity, featuring work by contemporary photographers Iwan Baan, Lewis Baltz, Andreas Gursky, Candida Höfer, Thomas Ruff, Stephen Shore, and Hiroshi Sugimoto, and earlier modernist architectural photographers like Berenice Abbott, Samuel Gottscho, Julius Shulman, and Ezra Stoller. The works of these influential photographers transformed how we view architecture.

We Shall Overcome: Civil Rights and the Nashville Press, 1957–1968
Through October 14, 2018
Conte Community Arts Gallery

Fifty years after Martin Luther King Jr.’s assassination—at a time when race relations and human rights are again at the forefront of our country’s political and social consciousness—the Frist presents a selection of 50 photographs that document an important period in Nashville’s struggle for racial equality. The images were taken between 1957, the year that desegregation began in public schools, and 1968, when Dr. King was killed in Memphis. Of central significance are photographs of lunch counter sit-ins that took place in early 1960 led by a group of students—including John Lewis and Diane Nash—from local historically black colleges and universities. The role that Nashville played in the national civil rights movement as a hub for training students in nonviolent protest and as the first southern city to integrate places of business peacefully is a story that warrants reexamination and introduction to younger generations and newcomers to the region. The exhibition also provides opportunities to consider the role of images and the media in shaping public opinion—a relevant subject in today’s news-saturated climate.
Organized by the Frist Art Museum

About the Frist Art Museum
Accredited by the American Alliance of Museums, the Frist Art Museum is a 501(c)(3) nonprofit art exhibition center dedicated to presenting and originating high-quality exhibitions with related educational programs and community outreach activities. Located at 919 Broadway in downtown Nashville, Tenn., the Frist Art Museum offers the finest visual art from local, regional, national, and international sources in exhibitions that inspire people through art to look at their world in new ways. The Frist Art Museum’s newly renovated Martin ArtQuest Gallery features interactive stations relating to Frist Art Museum exhibitions. Information on accessibility can be found at FristArtMuseum.org/accessibility. Gallery admission is free for visitors 18 and younger and for members; $12 for adults; $9 for seniors and college students with ID; and $7 for active military. College students are admitted free Thursday and Friday evenings (with the exception of Frist Fridays), 5:00–9:00 p.m. Groups of 10 or more can receive discounts with advance reservations by calling 615.744.3247. The galleries, café, and gift shop are open seven days a week: Mondays through Wednesdays, and Saturdays, 10:00 a.m.–5:30 p.m.; Thursdays and Fridays, 10:00 a.m.–9:00 p.m.; and Sundays, 1:00–5:30 p.m., with the café opening at noon. For additional information, call 615.244.3340 or visit FristArtMuseum.org. 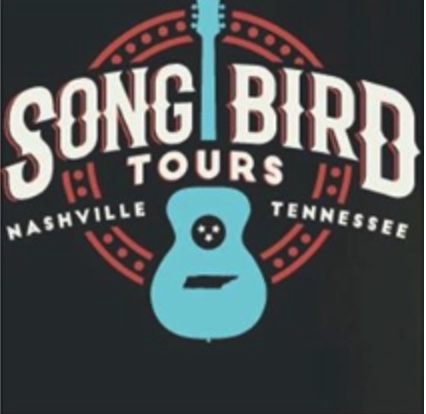 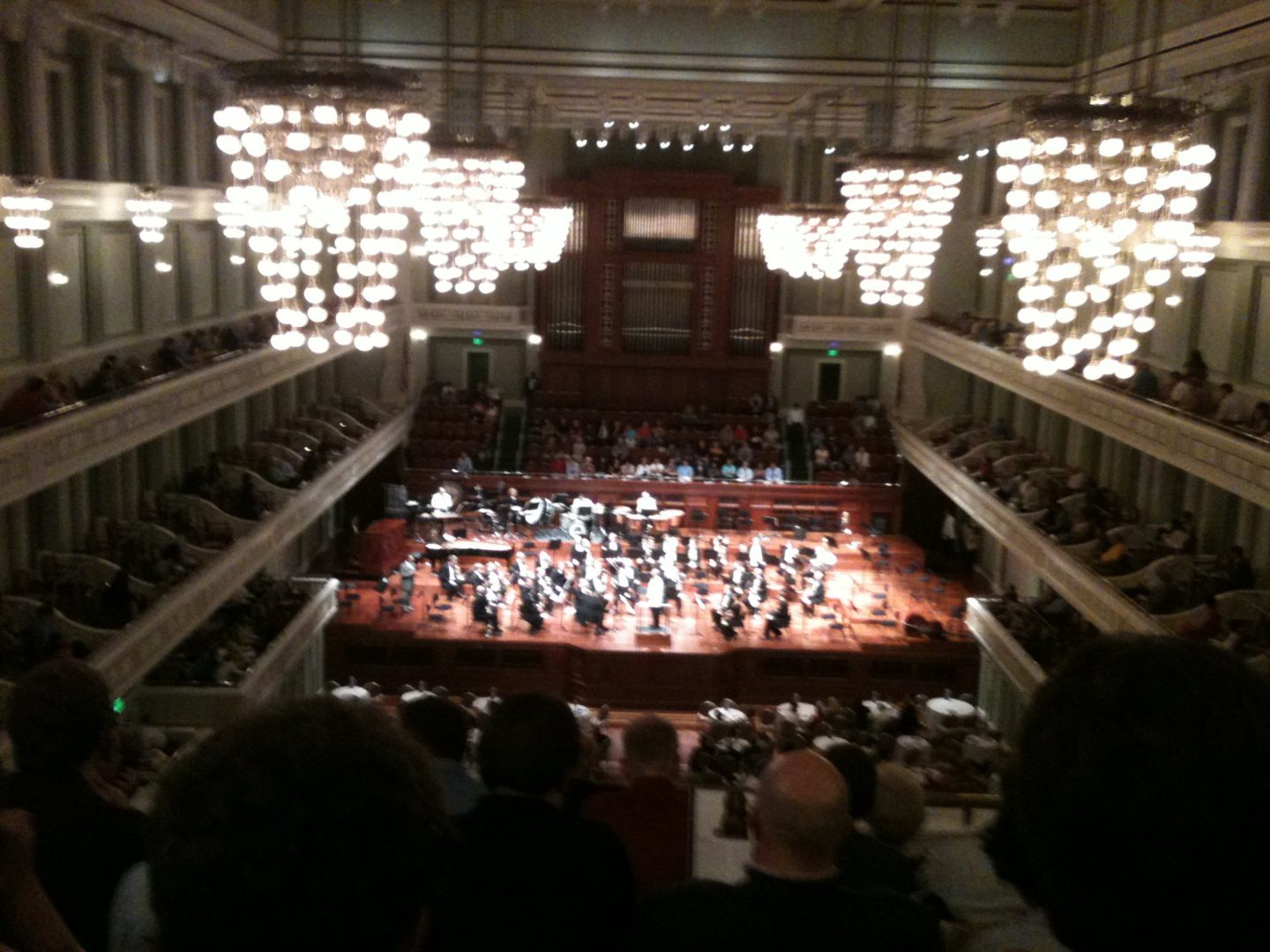