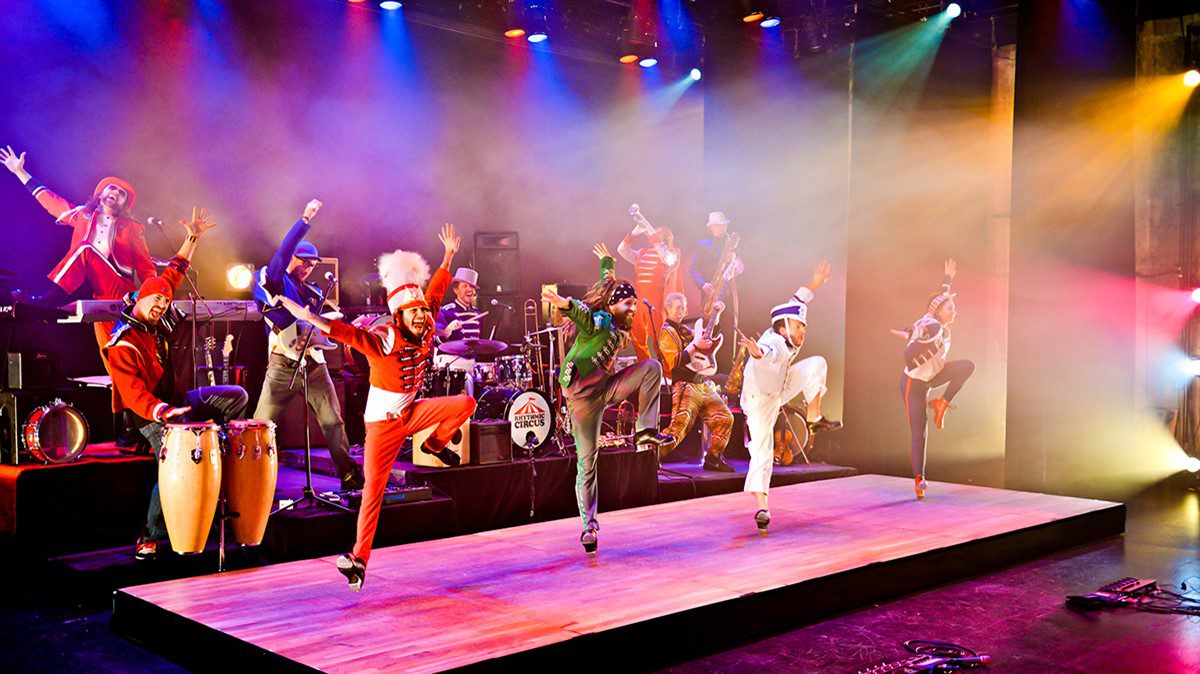 Part of the Celebration of Dance Series at The Franklin Theatre

Their name, Rhythmic Circus, might seem strange for a quartet of hoofers and a live band, but actually, their magnetic, high-energy shows are all about juggling a combination of dancing, humor and music – all wrapped within a bundle of positive messages. It seems to be a rare occurrence where family can enjoy an evening together, with children of all ages laughing and stomping their feet alongside each other. Rhythmic Circus provides that atmosphere and entertainment.

More information in links below.