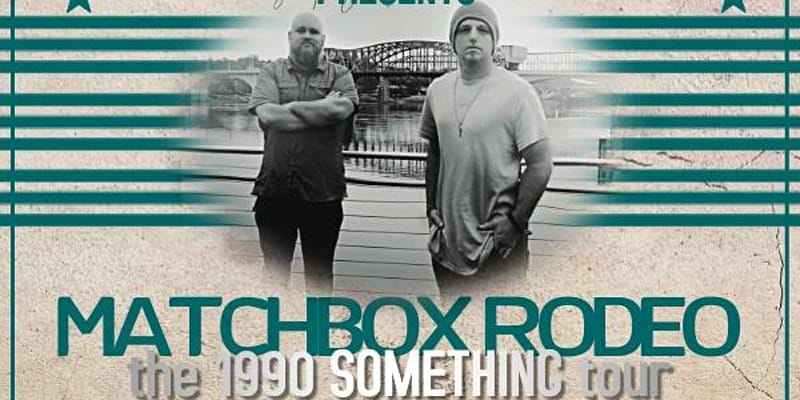 Matchbox Rodeo is an acoustic “Ultimate 90’s Duo” from the greater Chattanooga area. They have toured with national acts including 90’s stars John Berry (The Hits Tour), Jamie O’Neal, Bryan White, and Shawn Mullins. They have played at the famous Riverbend Music Festival, CMA FEST, JFEST, BB KINGS Blues Club, Puckett’s Bar, and the landmark venue Tootsie’s in Nashville and have also done several TV/Radio show appearances. They have had 6 singles released to Atlanta’s Backyard Country 94.9 The BULL Radio “Fan voted show” and have placed in the Top 5 (including the #1 spot) for multiple weeks in a row. The boys are currently booking shows for the Winter/Spring/Summer. They are billed as the “Ultimate 90’s Duo” and they play the biggest Top 40 hits from that decade including country, pop, and rock. They bring an energy to live performances and it becomes a huge sing-along concert taking people back to songs they forgot they knew. They currently are an official Spotify verified artist with several songs streaming on various platforms. Their brand new recording comes out in August called “1990 Something” which is also the name of their tour.