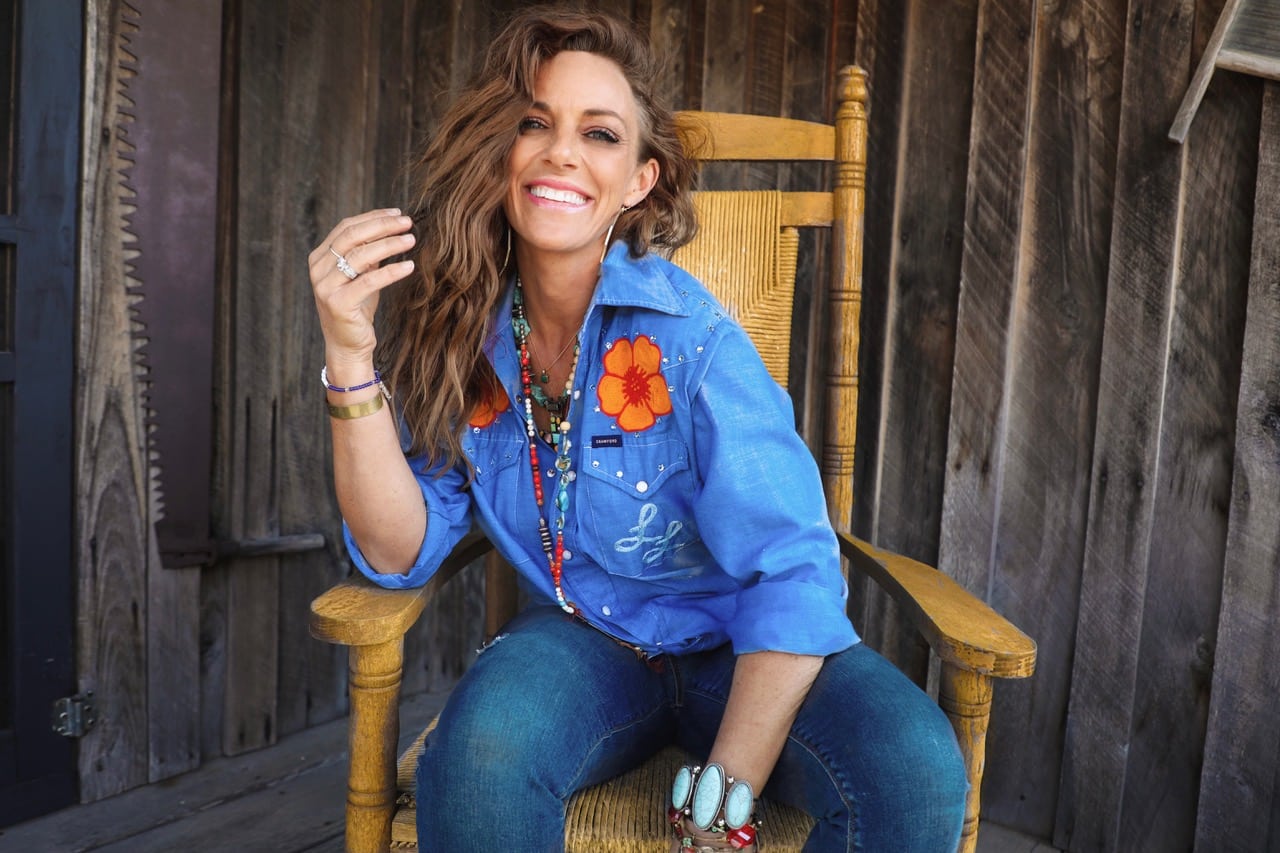 Enjoy performances by stand-up comedian Josh Wolf, a live podcast by Caroline Hobby, and duo Tayla Lynn & Tre Twitty for a night of hope and healing for Humphreys County.

Tayla Lynn’s life has all the elements of a great country song, which perhaps isn’t too surprising given she was born into the musical dynasty created by her grandmother, Loretta Lynn. Tayla’s warmth and enthusiasm make it easy to feel comfortable in her presence, whether you’ve known her for a few minutes or many years. There is a strength in her voice, truth behind her piercing blue eyes and genuine affection when she speaks of family.

But Tayla’s journey through life, like the best country ballad, has had more than its share of peaks and valleys. Her story is one of heartache and regret, but also of recovery and grace. She loves to the depths of her soul because she knows what it’s like to have a broken heart; she is gentle and kind because she has experienced abuse and loss; she sings because she has an amazing story to tell.

Tayla’s passion for singing and performing was sparked at an early age thanks to her grandmother, who often invited her to go on the road with her during the summer. “Memaw [as she affectionately calls her grandmother] gave me my first experience singing before a crowd when I was 14,” she recalls. “I wanted to sing ‘I’m a Honky Tonk Girl’ because that’s the song I remember her singing in the movie Coal Miner’s Daughter, which I used to watch over and over again.”

Later on, Tayla moved in with her grandmother after her grandfather’s death. “After about six months,” Tayla says, “Memaw asked me if I wanted to go on the road with her, which had been my life’s dream. I shared a twin bed with her in the back of the bus for a year, and that’s when she taught me how to walk the stage, sing a sad song, be funny and treat the audience like you are in their living room.”

“She always wanted to sing my songs,” Loretta Lynn says of Tayla. “That girl is a fan of country music, especially her Memaw’s. When Doo died, I wouldn’t have made it without her. She was my angel.”

Tayla’s first major musical project was as a member of the trio Stealing Angels (with Caroline Cutbirth and Jennifer Wayne). The group was signed to Skyville Records in 2007 after the three women appeared on a reality TV show together. “I got started with Stealing Angels before I made music on my own, and our primary goal was to make it on radio,” she says of her time with the band. Over a five-year period, the trio toured the country, sang for the troops in Iraq and Kuwait and made a record with veteran producer Paul Worley (Dixie Chicks, Lady Antebellum, Sara Evans). Their songs “He Better Be Dead” and “Paper Heart” both made the Billboard country chart.

“Working in a trio taught me an awesome work ethic and how important teamwork can be,” Tayla explains. “We worked tirelessly every single day; if we weren’t on the road we were writing. If we weren’t writing, we were rehearsing, doing a video, doing a photoshoot. The work was joyful, but there was no space for personal time,” she reflects. “Jennifer and Caroline are still my sisters. I love them so much and I loved doing life with them, but in the years since, I’ve really been able to find what hard work and self-reflection mean for me now that I’m my own boss.”

That combination of retrospection and tenacity has been critical to Tayla’s success, but it has come at a price. It’s impossible to speak of her achievements without acknowledging the life she’s lived in between. Her experiences are wrapped up in her music as she writes and sings her truths about love, addiction, motherhood and the coal dust that runs through her Kentucky veins.

Tayla approaches the conversation of her alcohol and substance addictions and subsequent recoveries—three in a span of 20 years, though she’s been clean since 2013—with unflinching honesty. In fact, the music she writes today tells of her path to redemption. “When I was younger I wanted everything to be crazy—wild and uninhibited,” she muses. “Now I write from a place of sobriety and recovery through faith. At the core of it, the gift I feel like I’ve been given from Him is to share my journey through music.”

In 2016, Tayla signed with indie label London Tone Music. Her first solo project, The Ranch, was an EP released later that same year. It includes a whimsical conversation between Tayla and her grandmother as well as a duet featuring the two. “I love working and writing with Memaw,” Tayla gushes. “I’ll never forget the day we recorded ‘Honky Tonk Girl.’ The minute I put the headphones on to listen to her sing harmony, I knew it was going to be a spiritual experience. She did one take and it was flawless.”

In May 2019, Tayla released “Blue in My Eyes,” as a Mother’s Day gift to her late mother, Cindy (who had passed away unexpectedly in her sleep 10 months prior) and her grandmother. It’s a song she wrote with hit songwriters Lori Mckenna and Liz Rose chronicling her relationship with her grandmother, who throughout Tayla’s life has been an idol, mentor, and now surrogate mother. The song eventually led to the idea for her next album.

After signing a record deal in September 2019 with Tracy Pitcox—a longtime friend of her grandmother’s—at Heart of Texas Records, Tayla began to work on the tribute album she released in May 2021, lovingly titled Tayla Lynn Sings Loretta Lynn. Her grandmother is billed as a co-writer on the project, which features duets with greats like Tony Booth (“Sweet Thang”) and her Aunt Patsy Lynn Russell (a reprise of her grandmother’s most-famous song, “Coal Miner’s Daughter”).

“Anytime I sing one of my mother’s songs, it fills me with such pride,” Russell says. “Getting to sing my mother’s song with my niece Tayla was pride and joy all at the same time.”

“When we were ready to record, I jumped in the truck with my babies and drove from Hurricane Mills to Brady, Texas,” Tayla says. “The boys laid on the floor of the vocal booth for three days while we made the record.” She pauses before adding, “Memaw’s photo with Ernest Tubb was on the wall behind me, so it felt like home. I have never liked the studio, but this felt like the easiest thing I’ve ever done. I had a few fans join in on Zoom to watch the recording process, so it felt more like a live show!”

I’m real proud of this record she did of my songs,” Loretta Lynn adds, fondly. “She’s got a lot of me in her, but she’s all Tayla.”

Tayla is currently on tour with Tre Twitty (Conway Twitty’s grandson); a joint album and podcast are in the works. In addition to her musical endeavors, she is also exploring acting. Tayla’s first leading role came in the 2017 faith-based film, The Least of These, directed by Mark Nicolosi. She was subsequently nominated for “Best Leading Actress” by the International Christian Film Festival for her role as Rose. She also starred in the 2020 film Why We Breathe.

Tayla and her husband, Jon, live on 30 acres connected to the Loretta Lynn Dude Ranch in Hurricane Mills, Tenn., where they are raising their two sons, Tru and Scout.