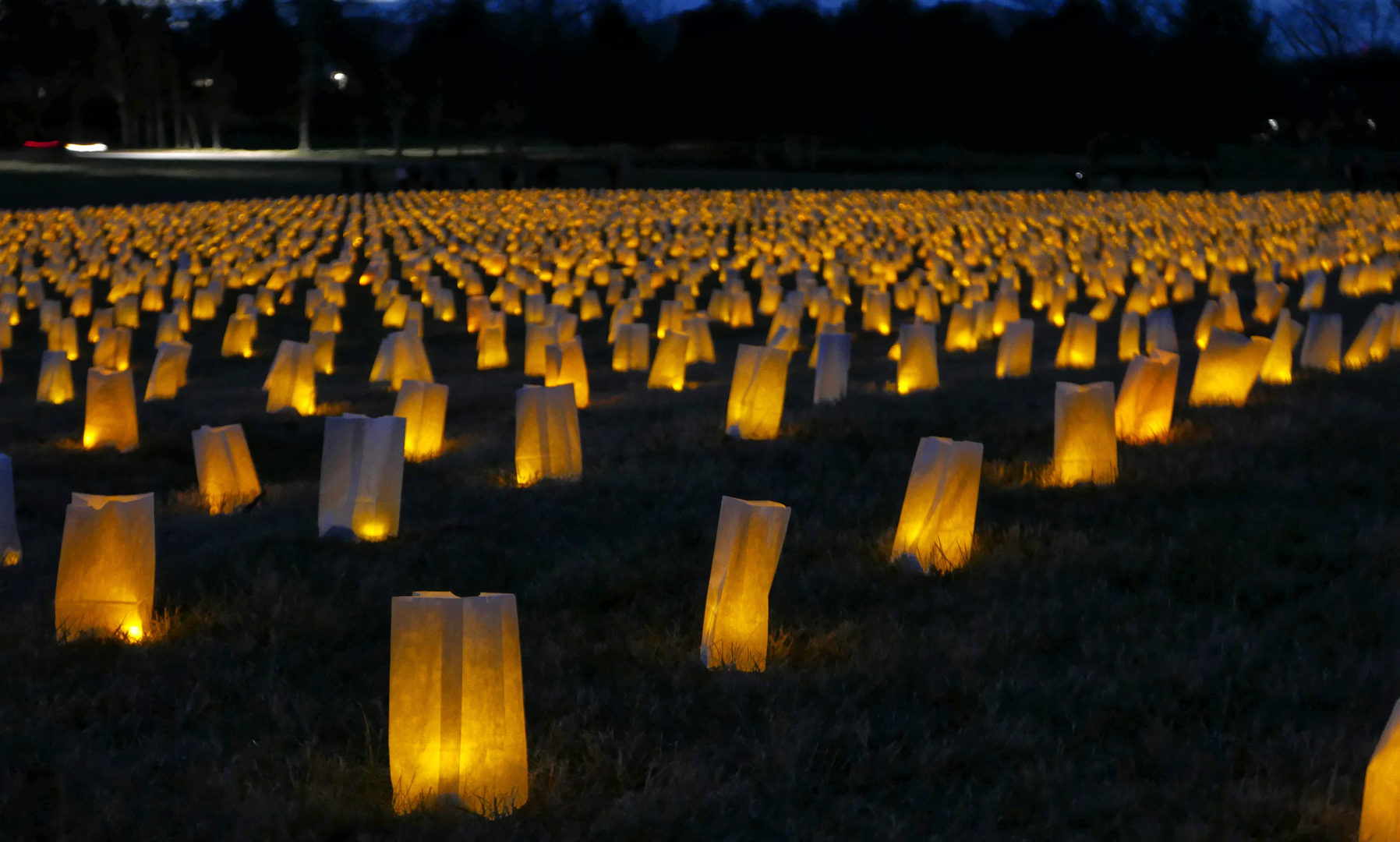 Ceremony beginning at 4 pm at Carter House. Luminaries will be set up in the grid formation on the south side of Carter House in the former Carter Garden. Both Carter house and Carnton will be open for guests to walk through, but only Carter House will feature luminaries to commemorate the lost lives.