Fun Things to Do This Weekend in Franklin, TN!

The Williamson County Parks and Recreation Department will host a variety of family friendly entertainment in the coming weeks at the Williamson County Performing Arts Center at Academy Park, 112 Everbright Avenue; located off of Columbia Avenue just south of historic downtown Franklin, Tennessee. 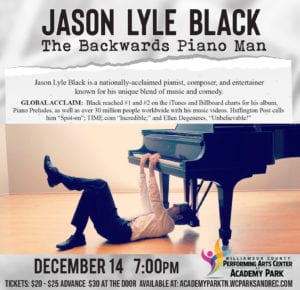 Jason Lyle Black is a nationally acclaimed pianist, composer, and entertainer known for his unique blend of music and comedy. He reached #1 & #2 on the iTunes and Billboard charts for his album, Piano Preludes, as well as over 30 million people worldwide with his music videos. Huffington Post calls him “Spot-on”‘; TIME.com “Incredible”; and Ellen Degeneres, “Unbelievable!” Black’s amazing piano talent mixed with a flair of comedy will make this a night to remember. Tickets: $20 – $25 in advance ($30 at the door) at https://academyparktn.wcparksandrec.com. Use the promo code FROSTY15 by December 13th for discounted tickets. 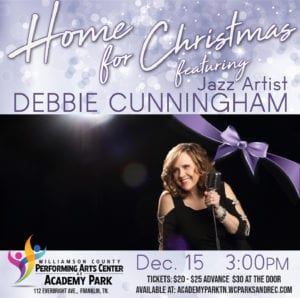 Sunday, December 15 at 3:00 p.m.
The Williamson County Performing Arts Center will help you get in the holiday spirit by bringing you a spectacular December afternoon filled with Christmas cheer. Known for her velvet voice, Franklin’s own Debbie Cunningham’s annual holiday jazz show features a swinging band, holiday classics and a special appearance by members of her family. This is the last holiday concert her family will appear in together. Come experience the joyous seasonal performance with your family and friends. This will be a show you won’t want to miss! Tickets: $20 – $25 in advance ($30 at the door) at https://academyparktn.wcparksandrec.com. Use the promo code FROSTY15 by December 13th for discounted tickets. 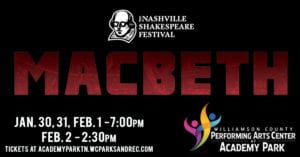 The Nashville Shakespeare Festival presents MACBETH, Shakespeare’s story of a soldier seduced by ambition, who murders his king to take the throne, only to descend into paranoia and devastating tyranny. Directed by David Wilkerson, this new production is set in the dark ruins of an imagined post-apocalyptic future.

The Nashville Shakespeare Festival is a professional theatre company founded in 1988. Heralded as a Nashville treasure, the NSF is beloved for its annual free Summer Shakespeare productions that have delighted audiences for more than thirty years, including the last four summers at Academy Park. Tickets $30 for Adults, $27 for Seniors, $18 for Students, and $100 for the Royal Package. The Royal Package ($100) goes toward supporting the Festival’s non-profit mission and includes premium seating, reserved parking, a private reception, and more! Royal Package seating is limited. https://academyparktn.wcparksandrec.com. 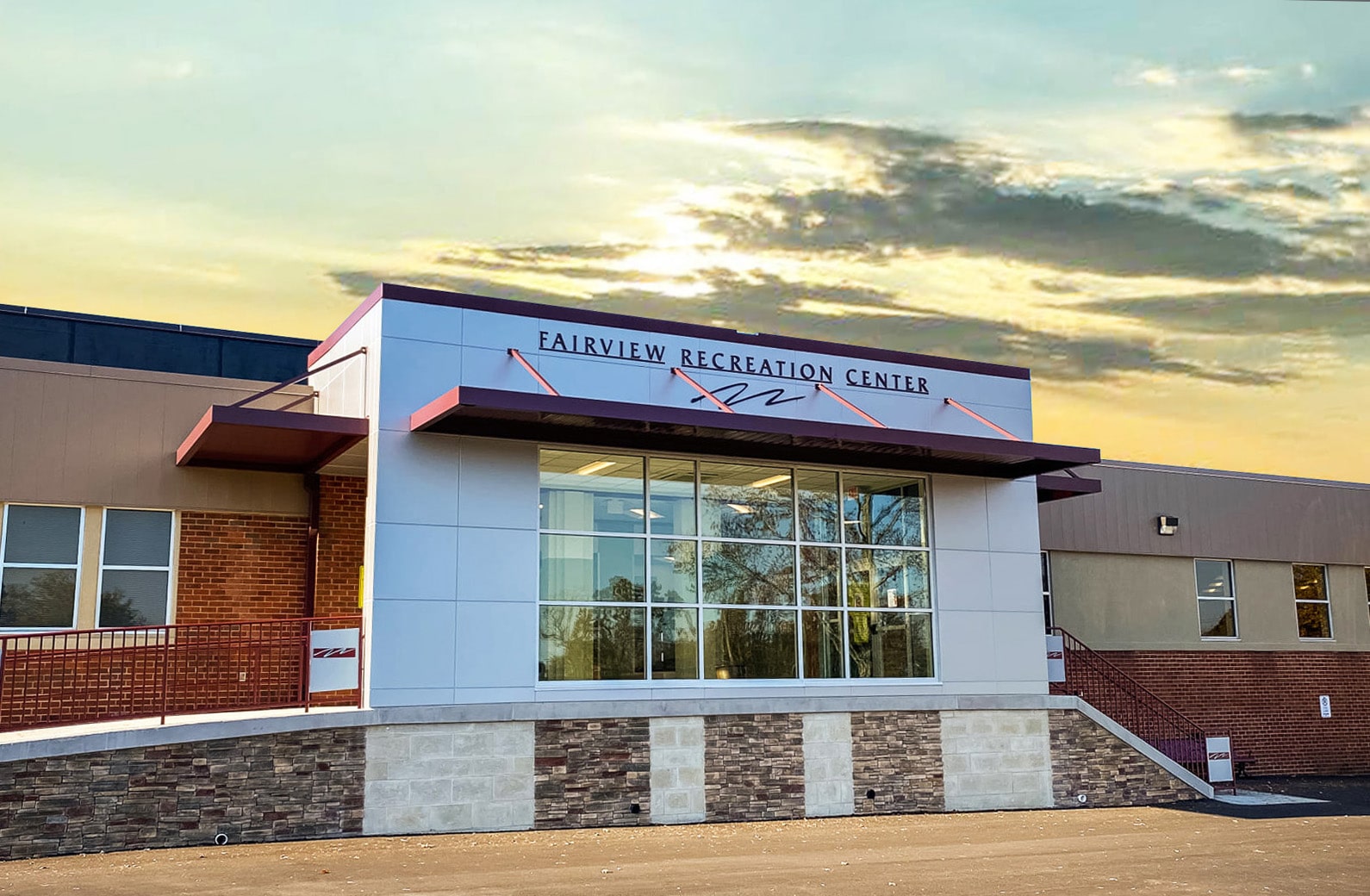