A LESSON IN HISTORY & ARCHITECTURE

If you could envision a captivating story about one of the most important homes in Franklin, it is without a doubt the spectacular Watson House. The home, located at 214 3rd Avenue South is so full of fascinating stories and architectural details. Built in 1881, Watson House is among a long line of stunning historic homes before you reach the downtown square. It’s so beloved that it was even featured in “Treasures of America and Where to Find Them” published by Reader’s Digest in 1974.

The most incredible piece of history about this home is that it was designed by Hugh Cathcart Thompson, the architect who designed the Ryman Auditorium. Thompson also designed the historic Haynes-Berry House in Franklin, recently renamed the LeHew Mansion in partnership with the Heritage Foundation and Williamson Inc.’s Center for Innovation. He also designed Franklin’s Cumberland Presbyterian Church, and the Harrison House, a beautiful Victorian tragically torn down in the Five Points district of Franklin. Thompson designed and built 56 homes and buildings in the Nashville area, of which only nine are still standing today.

Only four Franklin families have lived in the Watson house, all highly prominent with interesting stories of their own. The Watson family lived in the home for over a century before it was sold to Dan and Denise Klatt, then later to Mike and Ann Bodnar, who now live in the historic Harris McEwen House. The lovely Ellen Smith with her two sons, Laird and Overton, now reside in the home.

The house was originally built for Susan Catherine “Kitty” Puryear Watson in 1881. Kitty had the original 1802 home torn down that was much smaller, but kept the basement and built on top of it. She hired Nashville architect Hugh Cathcart Thompson to design and build this incredible home for $18,000. It was the second most expensive home in Franklin at the time. Kitty was a widow, and after her husband Thomas died she wanted a home closer to town to educate her three daughters, Letitia, Marietta, and Kate.

Nashville architect, Ridley Wills, did all the renovations on the home for current owner Ellen Smith once she moved in. He is an expert in historic architecture. His great grandfather, William Ridley Wills, founded the National Life and Accident Insurance Company in Nashville. In 1925, the company launched radio station WSM on the fifth floor of its building at 7th and Union and created the country music broadcast, the Grand Ole Opry, almost two decades prior to its move to the Ryman. William Ridley Wills is also well-known for building what is now the Governor’s mansion in 1931 as his family’s private residence. The state of Tennessee bought it after his death in 1949 to use as the Governor’s residence.

It seems so appropriate that his great grandson, Ridley Wills, completed the renovations on the Watson House. Ridley has also restored and won numerous awards for such important homes as Franklin’s Meeting of the Waters located at 3200 Del Rio Pike and Old Town on the Natchez Trace, which he restored for Jimmy Buffet.

“Because Ellen has an impeccable eye for aesthetics, she has been a perfect client and excellent steward of the Watson House, bringing it joyfully and beautifully to life for her and her boys,” shared Ridley.

Designed in Second Empire style, a popular construction during the mid-to-late Victorian era, the Watson House is one-of-a-kind in Franklin. French-style homes like these were built between 1860-1900 and inspired by the redevelopment of Paris under Napoleon III’s Second French Empire.

Some features of Second Empire design include mansard roofing made from patterned slate, segmental arched openings, bracketed eaves with pavilions, and central towers. The Watson House features a unique urn resting on the small pediment in front of the tower. The magnificent cornice makes the home especially grand. The ornate porch showcases beautiful arches and balustrades. At one time, the second story had a sleeping porch before air conditioning was invented in 1902. The side porch was added in 1910 and offers a relaxing view of 3rd Avenue.

After being in the family for a century, Ruth Faw Pointer Brown wanted a smaller home and sold the Watson House in 1995 to Dan and Denise Klatt.

Dan is a well-known fine artist and had been the art director for Peabody College and owned a full-service ad agency in Nashville. He and Denise have restored three historic buildings in the Rutledge Hill area including his former office where one of Nashville’s finest restaurants, Husk, is located. After Apple introduced the Macintosh computer in 1985, Dan sold the agency and moved to Franklin to downsize his business.  You may be familiar with Dan’s beautiful artwork or one of his most popular designs, the city of Franklin’s logo!

Dan says, “Back in the 1980s, no one wanted to live in downtown Franklin. The City Hall building was a mall with Castner Knott and Sears, and plans were being made for Cool Springs to open.” Rudy Jordan, a career preservationist explains, “Downtown was a plethora of pool halls, discount stores, and second hand shops. It was a mess with broken sidewalks and slipcovered vinyl siding on the second-stories so you could not see the windows of the buildings.”

In 1995, the Klatt’s purchased the Watson House to live and work in downtown Franklin. They liked the Watson House because the area had been zoned OR (Office Residential District). There was room to add on to the back of the house for Dan’s graphic design business. He continued working with his daughter in his newly formed Klatt2Design until 2012.

Dan and Denise said the process to restore the Watson House took them five years. The home went from 4,800 to 7,300 sq ft. All of the brick had to be repointed. It was a six-month process to remove and replace the deteriorated mortar to bring stability to the home. They removed the additions to the home to make room for the back offices and garage space.

After one year of renovations, the Klatt’s were able to move into the home and continue its preservation along with their decorating efforts from wallpaper to period curtains. All of the electrical, plumbing, central heat and air, furnace, and bathrooms had to be replaced or restored.

In 2007, the Klatt’s sold the Watson House to another prominent Franklin family, Mike and Ann Bodnar. They too have a love affair with old homes, and enjoyed their time in the Watson House for nearly a decade. In 2016, the Bodnar’s moved to another one of Franklin’s most significant historic homes, the Harris McEwen House.

Ellen Smith purchased the Watson House in 2016. It reminds her of a Victorian dollhouse.  The original skeleton keys fabulously grace the front door. The double parlor as you enter on the left is divided by enormously grand pocket doors to separate the living room from the dining room and their fabulous 13’ ceilings. All the floors and doors are original to the home.

Ridley says, “The pocket doors between the left side parlor and the dining room were abandoned inside the wall. We opened the wall up, salvaged these massive doors and brought them back to working order. We often see this abandonment in homes, so buyers of historic homes should always investigate this wonderful possibility.”

The library boasts gorgeous bookcases that Ridley redesigned where Ellen houses her beautiful grand piano and dozens of interior design and travel books, along with personal photos and mementos.

The front window has an adorable little etching of “HP” by the mischievous young Henry Pointer Jr. All the front windows are original and open as doors to the front porch.

When touring the Watson House, you are reminded of the importance of protecting so many of the home’s original features from the gorgeous newel post to the seven marble fireplaces that are immaculately preserved in the front parlors and bedrooms. Ellen kept Ann Bodnar’s elegant handmade draperies that were fashioned after the Victorian era.

Architect Ridley Wills shared the Watson House preservation experience, “The design we envisioned and brought to life at the Watson House included rebuilding the front porch to historical standards, along with replacing the ornamental, sheet metal finial on the top of the front façade’s roof, and matching the existing flooring materials wherever needed. We also renovated the kitchen and pantry area, creating a new custom bar (which serves as a barrier for Ellen’s boys and dog from jumping through the kitchen window). We brought back an original bedroom for one of her son’s which had become a walk-in closet, updated Ellen’s closet, opened up and rebuilt her shower, and updated the guest suite/apartment. In addition, we repainted and updated everything from light fixtures to finishes.”

Ridley explains, “When it comes to renovation of historic properties, everything is bespoke and special. That’s motivating for our team. Older homes have character and integrity that is often hard to recreate in a newer home. The reward of owning and maintaining one is immense, particularly if you plan to share it with others.”

Ellen humbly says, “I live in the home, but the Wills Company has really taken such special care of it for us.”

So with every family that has lived in the Watson House, there has been a love and respect for this majestic home. There has also been a love by these families for preserving our historic downtown Franklin. 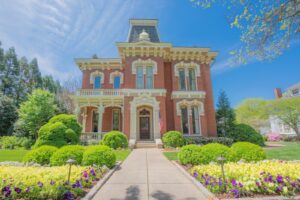 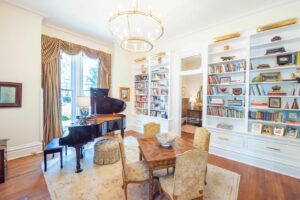 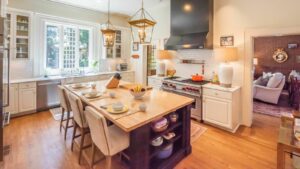 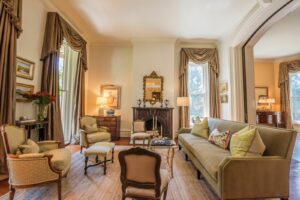 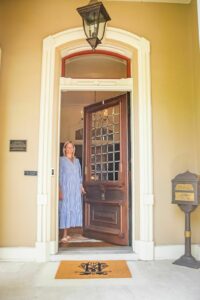 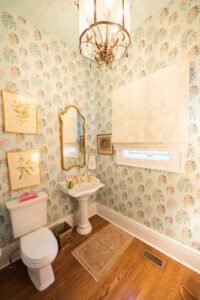 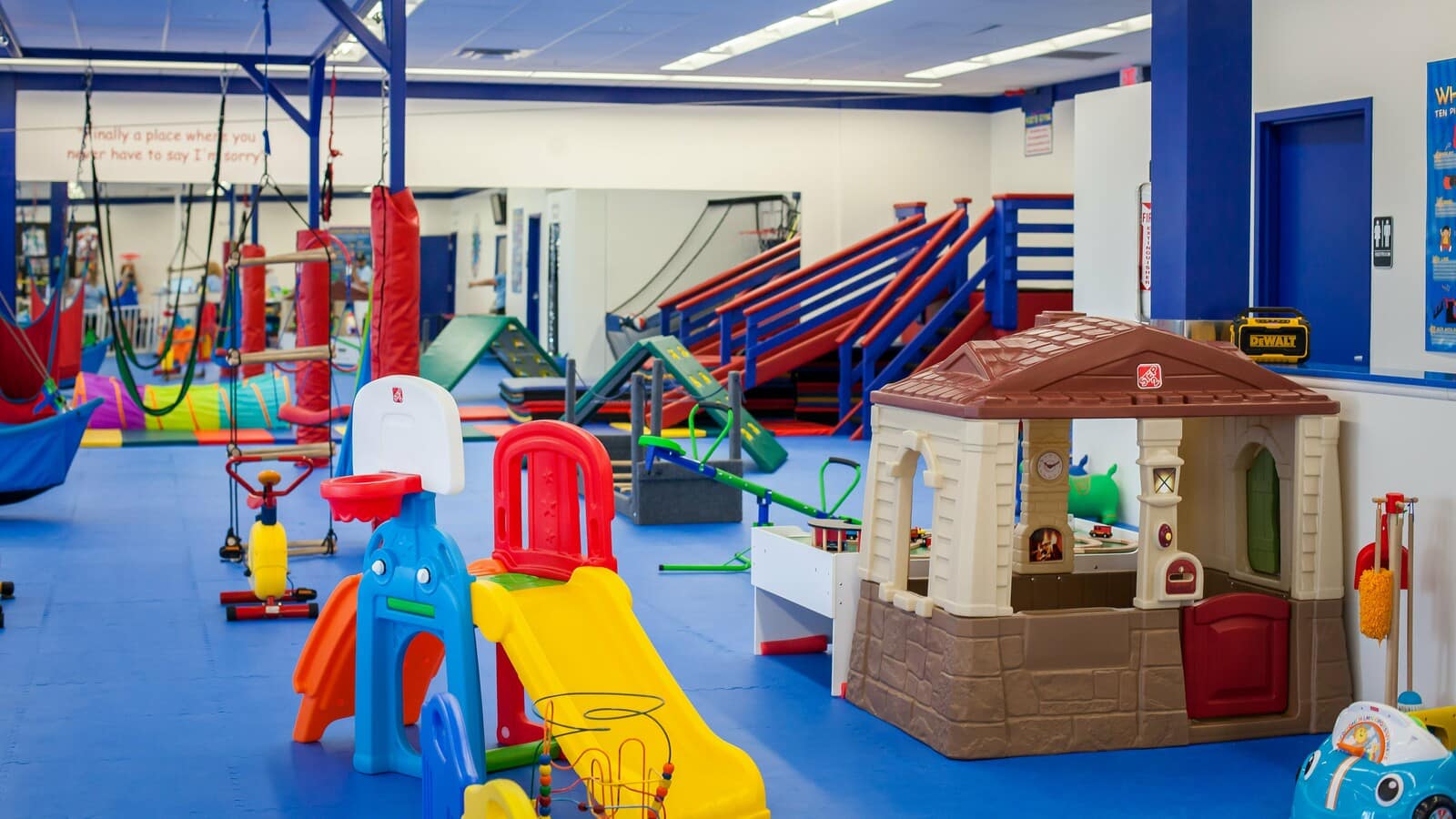 Rock, Roll Swing and Play, A Safe, Fun Place for Kids of All Abilities 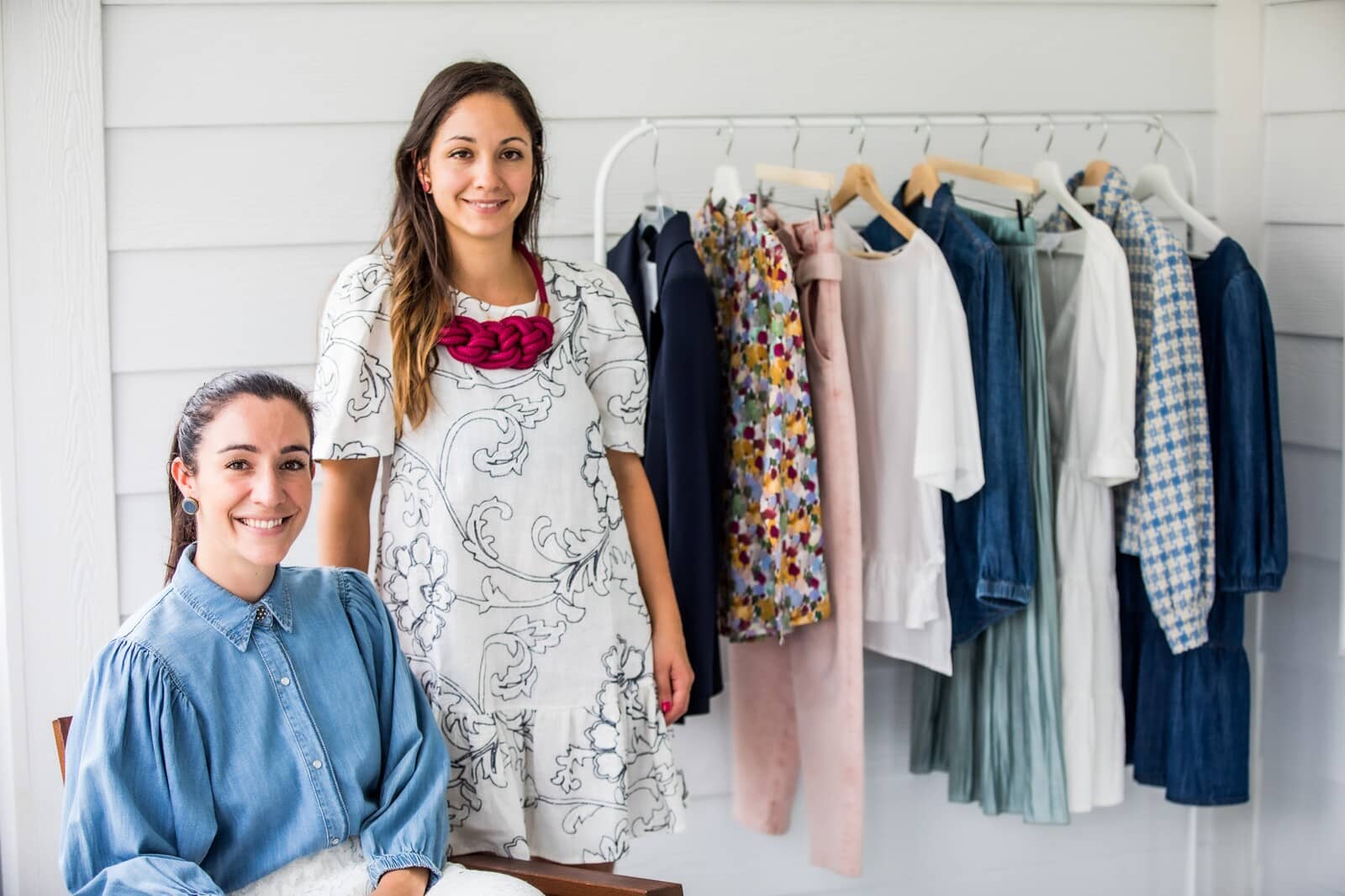