When this subdivision was being developed in 1964, ancient Native American remains were discovered.  Work was halted until archaeologists explored the site.  They found that a Mississippian culture had flourished in a village near here for 500 years between 1200 and 1700 AD.  It was mentioned as “an old Indian town” in the land grant to James Crockett.  Native Americans of the Mississippian Period had a highly developed culture and buried their dead in “stone box” graves, many of which were found near here.  They had mysteriously disappeared by the early 1700s.

The Stone Box Indian site (also known as the Arnold Site) is located in the in the Meadowlake subdivision off .  According to the book, The Middle Cumberland Culture, published by , the remains of 17 house were discovered at the site.  The homes were large circular dwellings and measured more than 20 feet in diameter.  In the center of the homes, researchers identified the remains of deep, circular, clay hearths (or firebowls) which, “were heating or warming devices rather than fireplaces, in today’s sense.”

Artifacts recovered included effigy bowls (bowls constructed of half a gourd, complete with the gourd’s blossom and stem), sandstone tools, flint points and pottery shards. Also recovered was a high percentage of small rodent remains including woodchuck and opossum, as well as frog and deer remains.

“Disregarding the possibility of hungry rats in the trash pile, preliminary analysis of materials indicates more meals of woodrat than of venison,” comments one of the authors of The Middle Culture.

Their diets were not limited to meat however, as the remains of corncobs, beans, and other seeds were also discovered.  The permanent dwellings of these people indicate a sedimentary lifestyle, which almost always included a horticultural way of life.  The various seeds uncovered indicate this to be the case at the .

The most significant finds at the Arnold Site however, were numerous stone box graves situated in burial plots nearby.  A widespread burial tradition in the region during this time, stone box burials are probably best described as stone-lined graves in which the slabs have been tailored to fit the individual.  These stone box burials were buried just inches underground and often the edges of the stones remained in view.

At the Arnold Site, multiple burials were uncovered, where more than one individual had been placed in the same grave.  Also, according to a June 1972 article in American Heritage Magazine, titled Hair Raising Antiquity, evidence of scalping was also found at the Arnold Site.  The article includes a photograph of the skeletal remains of an adult male exhibiting visible cuts across the forehead and in the approximate location of where his hairline would have been.

The Arnold Site is, by no means, unique in this area, however.  Remains have been uncovered from subdivisions such as Horseshoe Bend, Westhaven, River Landing, Inglehame Farms, and Montclair (which backs up to the Boiling Springs site).  One of the oldest known civilization was unearthed during the construction of Fieldstone Farms, which is believed to have been occupied from 5230-3770 BC.

Then there is the site uncovered during the construction of the Brentwood Library and the Kellytown site at the intersection of and . Several sites have been identified along State Route 840.  Also, there is the DeGraffenreid site between Lewisburg Pike and the , on Old Natchez Trace, and a site discovered in Cool Springs, indicating the presence of humans some 10-12,000 years ago.

Despite these findings, historians and archaeologists agree that more sites have been lost to farming and development than have been discovered and plenty of prehistoric sites have yet to be unearthed.  Given the rapid growth and development that is experiencing, it is just a matter of time before we once again come face to face with the Stone Box Indians or perhaps much earlier peoples. 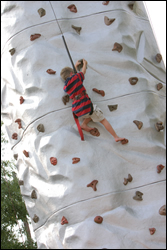 Franklin on the Fourth