The Williamson County Parks and Recreation Department (WCPR) will host a variety of family-friendly entertainment in the coming weeks at the Williamson County Performing Arts Center at Academy Park, 112 Everbright Avenue; located off of Columbia Avenue just south of historic downtown Franklin, TN. 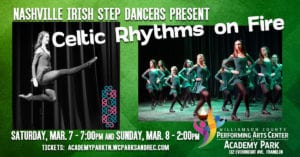 Celtic Rhythms on Fire is an energetic fusion of live Irish dance, music and song. This groundbreaking performance is produced and performed by the Nashville Irish Step Dancers (NISD), a local Irish dance troupe. NISD, founded in 1990 by Chicago native Mary Moran is now celebrating their 30th year anniversary of teaching and performing Irish dance in the Nashville area. You’ll experience a celebration of the rich and vibrant artistry of Irish dance and music, and the fiery spirit of the Irish culture and heritage. NISD has built an impressive resume of local and national exposure having 20 appearances on the ‘Grand Ole Opry”, eight performances with the legendary “Chieftains” as well as being featured on “The Chieftains: Down the Old Plank Road”. Since 2000, NISD has won numerous Championship Awards at the Regional, National and World Championship level. 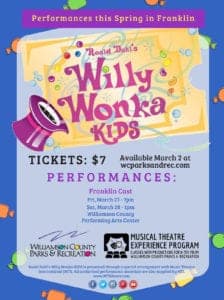 Presented by WCPR’s Musical Theatre Experience program in Franklin, Roald Dahl’s Willy Wonka KIDS follows the mysterious candy maker Willy Wonka as he stages a contest by hiding golden tickets in five of his scrumptious candy bars. The delicious adventures experienced by Charlie Bucket on his visit to Willy Wonka’s mysterious chocolate factory light up the stage in this captivating adaptation of Dahl’s fantastical tale. Whomever comes up with these tickets will win a free tour of the Wonka factory, as well as a lifetime supply of candy. Four of the five winning children are insufferable brats, but the fifth is the likeable Charlie Bucket, who takes the tour in the company of his equally kind grandfather.

WCPR’s Musical Theatre Experience program for youth offers a fast-paced, but FUN education in musical theatre: singing, dancing, and acting, while working towards a culminating production. 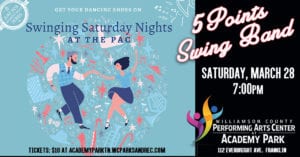 Join us for a fun night of music featuring Williamson County’s premier swing band favorite, “Five Points Swing.” Sit back, relax and enjoy the music or bring your favorite dance partner to jump, jive and boogie on the dance floor. Optional dance lessons start at 6:00 pm and are provided by Champion Ballroom Center. 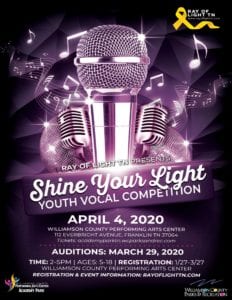 Williamson County Parks and Recreation and Dreams Do Come True Princess Parties have partnered together to host “Shine Your Light”, a youth vocal competition to benefit Vanderbilt Children’s Hospital in honor of Ray of Light™.

Auditions will be held Sunday, March 29 from 2:00 to 5:00 pm. The competition will be divided into three age divisions: Youth Ages 5-8; Middle Ages 9-13; Teen Ages 14-18.  The audition application and competition rules are available at www.rayoflighttn.com. An application fee of $30 must be included when application is submitted. Preliminary entries must be received by March 27.

The competition on Saturday, April 4 will showcase youth talent (ages 5-18) selected from the earlier audition.

Ray of Light™ was founded by Raymond Cruz, who was diagnosed with Stage 4 Ewing’s Like Sarcoma in January of 2017. Through this battle, he was given the opportunity to share his message of hope with people through his music, from the Vanderbilt Children’s Hospital to the stage of the Ryman Auditorium. Ray’s dream and mission was to make a difference by raising funds to provide Vanderbilt Children’s Hospital with research and programs to help children and families in need.

Tickets are $10 and available at https://academyparktn.wcparksandrec.com/ 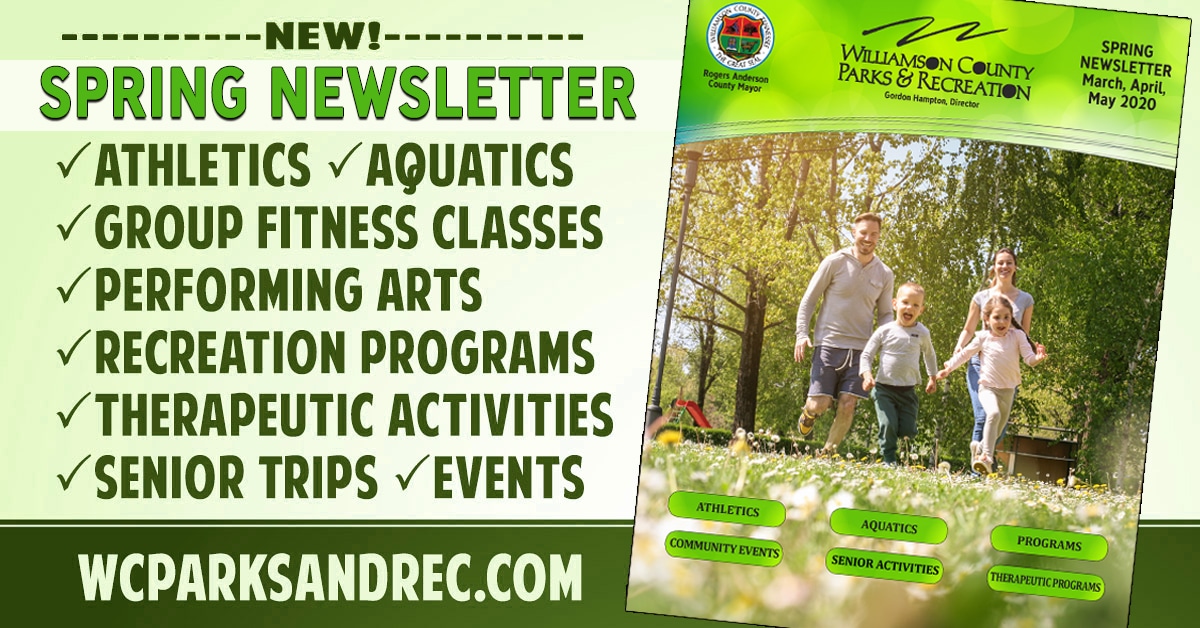 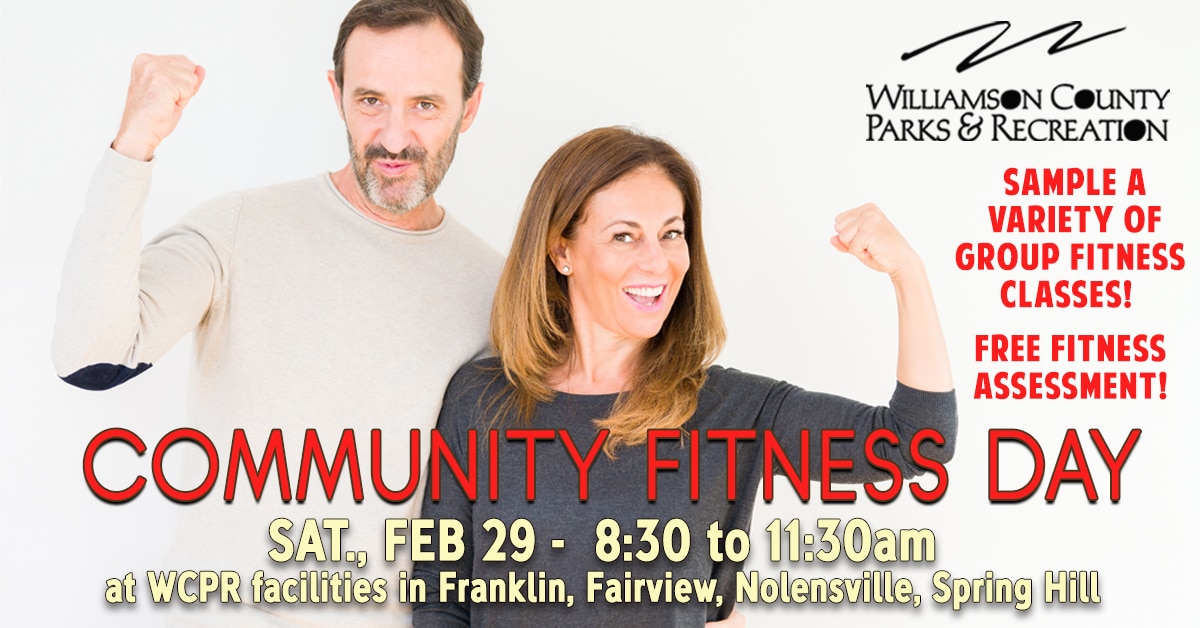