“Because of their professional success and reputation for giving back to the community, the members of Little Big Town are role models for all of the youth in our Clubs as they dream about their own bright and promising futures,” said Dan Jernigan, president and CEO of Boys & Girls Clubs of Middle Tennessee. “They are also sure to entertain attendees at the Great Futures Gala, which has become a can’t-miss event.”

In addition to Little Big Town’s performance, BGCMT’s Youth of the Year, Tzipora will share the value of the Club in her life and how she has achieved academic success, a healthy lifestyle and good character through her Club engagement. The 2018 gala raised more than $420,000 for local youth programs and services.

Tickets are $350 per person and tables of 10 can be purchased for $3,000 – a portion of each is tax deductible. Tickets, tables, and sponsorships can be secured through www.BGCMT.org or by contacting (615) 983-6804. The Great Futures Gala schedule is:

The Great Futures Gala attracts more than 575 guests each year.

GRAMMY, ACM, CMA and AMA Award-winning group, Little Big Town—consisting of members Karen Fairchild, Phillip Sweet, Kimberly Schlapman and Jimi Westbrook—first entered the music scene over 20 years ago with hit songs “Boondocks,” “Bring It On Home,” “Good As Gone” and the GRAMMY-nominated “Little White Church.” Their breakthrough albums Tornado and Pain Killer produced multiple #1 singles, including “Pontoon,” “Tornado” and “Day Drinking,” as well as the history-making, best-selling country single of the year (2015) “Girl Crush.” Little Big Town’s last studio album, The Breaker, debuted #1 on the Billboard Country Charts and Top 10 (No.4) on the Billboard 200 to critical acclaim, marking the group’s fourth Top 10 debut on the Billboard 200 chart. The album features their GRAMMY-winning, multi-week #1 single, “Better Man,” as well as the 2019 GRAMMY-nominated, “When Someone Stops Loving You.” The band is currently in the studio working on a new album expected for release this year.

Little Big Town has earned more than 40 award show nominations and in the past five years has taken home nearly 20 awards, including multiple GRAMMY, AMA, People’s Choice, CMA, ACM awards and an Emmy award. The Grand Ole Opry inductees (2014) went onto receive their star on the Nashville Walk of Fame in 2017. This past July, The Country Music Hall of Fame and Museum in Nashville launched its new, yearlong exhibit called LITTLE BIG TOWN: THE POWER OF FOUR showcasing the bands powerful and storied 20-year history within the country music community. The band recently launched 4 Cellars wine, their first non-musical project as a band, with Browne Family Vineyards.

For more than 115 years, Boys & Girls Clubs of Middle Tennessee (BGCMT) has enabled all young people, especially those who need us most, to reach their full potential as productive, caring, and responsible citizens. Annually, more than 4,385 youth are served at nine Middle Tennessee Boys & Girls Clubs and through community outreach initiatives. Clubs are located in Davidson & Williamson counties. Boys & Girls Clubs provides a safe place, professional caring staff, fun and friendship, and high-impact youth development programs on a daily basis during critical non-school hours. Priority programs emphasize academic success, good character and citizenship, and healthy lifestyles.  To learn more, please visit www.bgcmt.org , like us on Facebook [GreatFuturesStartHere] or follow us on Twitter @BGCMT. 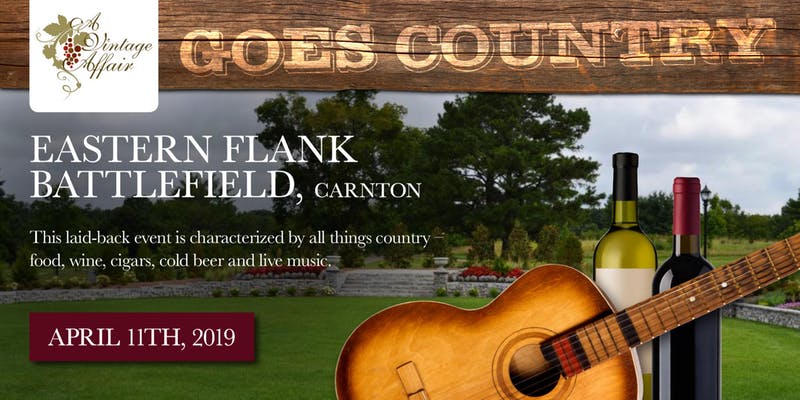