NASHVILLE, Tenn., June 8, 2021 – Steelhead Building Group, along with Dryden Architecture + Design, won a Metropolitan Historical Commission Preservation Award for their work transforming a Sylvan Park neighborhood landmark into Hathorne restaurant. The renovation of Fellowship/Memorial Hall, located at 4708 Charlotte Avenue in Nashville, is one of only three projects honored in the Commercial category.

Hathorne was originally constructed in 1948 as a community meeting center with a tower, known as Fellowship/Memorial Hall. On the interior, two dropped ceilings were added in the 1950s and two in the 1960s. At the time Hathorne chef and owner John Stephenson purchased the building in 2017, it was still attached to West Nashville United Methodist Church, which is now Clementine Hall. Hathorne construction was completed in November and the restaurant welcomed its first patron on Dec. 5, 2018.

“My vision was that the restaurant would serve the same historic purpose to the community as the original hall,” said Stephenson. “I named Hathorne after my grandmother, as it is truly a labor of love and a dream come true. Steelhead and Dryden did a meticulous job. We’re proud to see it earn this respectful nod from the historical commission.”

The judges noted that the rehabilitation and adaptive reuse of turning the former Fellowship/Memorial Hall property into a restaurant with an open dining room maintained the building’s spirit of community and fellowship, as well as featuring many details from the former church next door.

Architecturally, renovation plans kept this theme throughout the building. In addition to the open dining area with room for several family style tables, a separate room for private celebrations was thoughtfully constructed in the back.

With an extensive resume of past historic renovations, Dryden Architecture + Design is also known for a mix of traditional and modern touches. Stephenson knew they were on the same page as far as wanting to bring Memorial Hall back to life with respect to the historical character.

“We enjoy collaborating with project partners that share our vision of painstaking historic building rehabilitation with a creative, modern flair,” said Nick Dryden, principal of Dryden Architecture + Design. “John wanted to help revitalize the neighborhood and significantly impact the community. Hathorne is a perfect result of the entire construction and design teams’ careful analysis and hands-on approach to detailing, fabrication, and material understanding appropriate to the site.”

Steelhead Building Group was chosen as the general contractor for the same reason, having also worked on Clementine and other historic projects in Nashville and surrounding communities. Steelhead Principal James Pollard’s expertise – and that of his team – includes partnering closely with the owner and architect, anticipating structural needs and design challenges, as well as pivoting to address necessary changes as needed during construction.

“It can be challenging undertaking such an extensive renovation while successfully embracing and incorporating the building’s historical character, so it’s gratifying to see Hathorne receive this recognition,” said Pollard. “All team members were committed to preserving the historical nature of the building and it was a special project to be involved with.”

While working on the project, Dryden and Steelhead acted as if there was a historic overlay in place. Careful attention was paid to the street-facing part of the restaurant. They did not alter or change the window openings, roof shape and form, nor alter the façade, using it as a guide even though not required to. They also replaced 90% of the windows on the building and used new window designs that looked period specific.

The extensive rehabilitation included a complete gut and rebuilding of the entire interior, as well as new utilities and services, including water, sewer, electric and fire protection.

Steelhead’s team took out all interior walls to create the wide open space as fortunately, the exterior walls were load bearing. Elements of the design incorporated existing features, including the brick façade, which once exposed needed to be refinished. There was also some treatment/tuck-pointing of existing masonry.

In addition, existing historic wood doors and hardware were reused, refurbished and refitted. Hathorne’s interior includes a chair rail where church members used to kneel to take communion. At 30 feet long and weighing approximately 1000 lbs., it took 15 people to lift and restore.

The space had dropped ceilings that were pulled down to expose beautiful hand built steel trusses that run the length of the building inside in a gold patina color. The white paint on the bricks in the bright dining room contrasted well with steel trusses and wooden ceiling.

The pleasing deck inside was also key to the overall design and color scheme of blues, gold and white. It brings out a nice, bright airy feeling to accentuate the openness of the floor plan.

The main dining room floor is mainly slab concrete that was stripped, stained and painted with a new pattern of graphics. While refinishing, an old shuffleboard court was found and kept, adding charm and a subtle reminder of earlier days.

In the back, two levels were covered with old linoleum and a new tile was originally selected for replacement. However, when peeled off, a gorgeous, wide plank oak wood floor appeared and was restored by the team. In the back private room, a wall was removed to create a dining room. The wood floors run throughout the space, perfect for hosting celebrations such as birthdays and wedding rehearsal dinners.

The restored Fellowship/Memorial Hall is a fitting setting for Hathorne, now a warm and inviting gathering space that serves the neighborhood and welcomes all, with everyday food inspired by the South and influenced by the ethnic flavors woven throughout American culture. To learn more or to make a reservation, go to www.hathornenashville.com.

For more information about the Preservation Awards and a complete list of winners, visit www.nashville.gov/Historical-Commission/Events-and-Programs/Preservation-Awards.

Steelhead Building Group, LLC is a commercial builder with special expertise in the healthcare, hospitality, retail, office, multi-family and financial industries. The firm also has a rich history in historic renovation/restoration. The Brentwood, Tennessee firm has a diverse portfolio of completed projects throughout Middle Tennessee. They offer end-to-end construction services from pre-construction to completion — both ground-up and tenant build-out projects. The company is built on the values of Respect, Integrity, Quality and Focus. To learn more about Steelhead, visit www.steelheadbg.com. 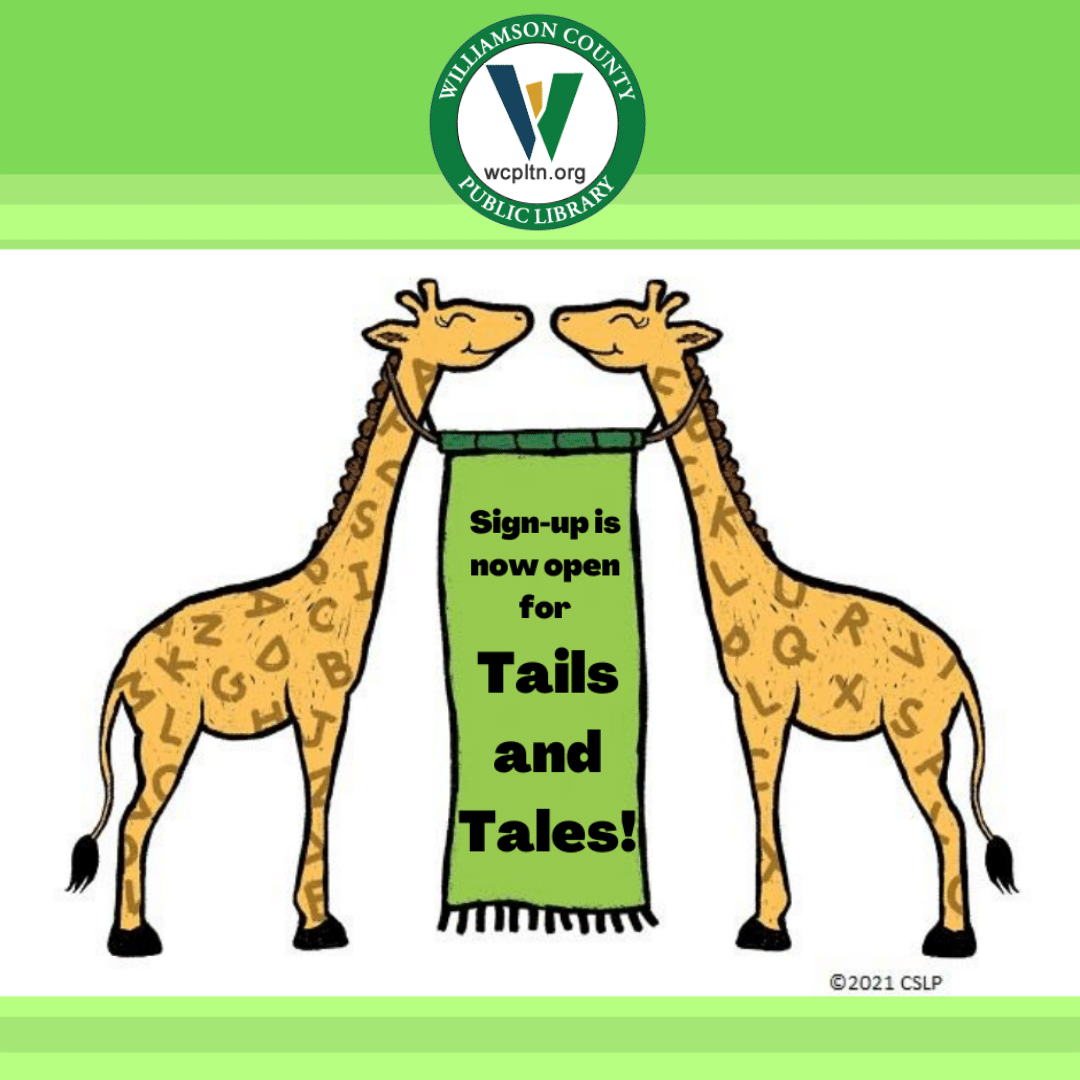 Williamson County Citizens of All Ages are invited to join Tails and Tales, the Library’s 2021 Summer Reading Program