NASHVILLE, Tenn., May 3, 2022 – Gilda’s Club Middle Tennessee will feature Bowen Young in the 4th Annual Songwriter’s Night. The event will take place Sunday, June 12, at 6:00 PM at Fat Bottom Brewing in West Nashville. Bowen Young will be joined by guests Sean McConnell and Blessing Offor in the round.

Clare Bowen and Brandon Robert Young were born hemispheres apart, they’ve each experienced their own successful musical journeys, and now the married couple have formed a duo – Bowen Young.

Before landing the iconic role of Scarlett O’Connor on the ABC/CMT/HULU TV series NASHVILLE, and launching her career as a singer/songwriter, Clare Bowen was growing up in rural Australia. Bowen heard her first broadcast of the Grand Ole Opry on the wireless in her grandad’s kitchen and soon after, her classical vocal coach paused one of their lessons to comment on the “country lilt” that had naturally crept into Bowen’s voice. It would be another decade before she’d duet with heavyweights like Zac Brown Band and Vince Gill, recording songs with Grammy-winning producers like T-Bone Burnett and Buddy Miller.

In 2018, Bowen, along with Brandon, nabbed a coveted spot on Sugarland’s “Still The Same Tour”. She then set out on a headlining tour in support of the international release of her eponymous album with sold-out shows across the UK, Germany and Australia. The album made its highly anticipated debut in the US and the rest of the world in Summer 2019.

Brandon Robert Young was born and raised in Enfield, Connecticut, and was drawn to music from an early age. Forever inspired by the songwriting and storytelling of Johnny Cash and Jeff Buckley, Brandon moved to Nashville in 2000 with a two-hundred dollar guitar he didn’t know how to play and a notebook full of blank pages. Between working shifts as a traffic-dodging courier, Young sat in his tiny Nashville apartment and taught himself how to play the guitar. It was there that he stumbled toward his first songs, relentlessly honing his craft.

A stacked heap of dog-eared notebooks and thousands of lyrics later, Young has spent over a decade traipsing all over the globe collaborating with and alongside artists such as John Hiatt, Emmylou Harris, John Carter Cash, Buddy Miller and Clare Bowen. His music has also been prominently featured in shows such as NASHVILLE, Showtime’s SHAMELESS, ABC’s A MILLION LITTLE THINGS, among others. After witnessing their on-stage chemistry and artistry, the producers and network for NASHVILLE invited Brandon to join Clare and the NASHVILLE cast both on-screen and the show’s international tours.

Bowen Young have just completed their debut album as a duo and are planning a release later this year along with an extensive touring schedule.

Tickets to the 4th Annual Songwriter’s Night are $150 and available here: https://gildasclubmiddletn.org/events/songwriters-night/

Gilda’s Club Middle Tennessee, an affiliate of the Cancer Support Community, is dedicated to providing support, education and hope to all people impacted by cancer, including family members and friends of those diagnosed.

Free of charge to everyone, Gilda’s Club Middle Tennessee provides a gathering place where people with cancer, as well as their families and friends, can join with others to actively involve themselves in building social and emotional support as a supplement to regular medical care. Our evidence-based programming includes support groups, healthy lifestyle workshops, mind-body classes, social activities, educational lectures and community resource information. Offering approximately 60 professionally led support and networking groups, and more than 50 educational workshops and lectures each month, Gilda’s Club Middle Tennessee makes a tangible difference in the lives of those impacted by cancer. We build community, so no one has to face cancer alone.

Gilda’s Club Middle Tennessee’s mission is to ensure all people impacted by cancer are empowered by knowledge, strengthened by action, and sustained by community. 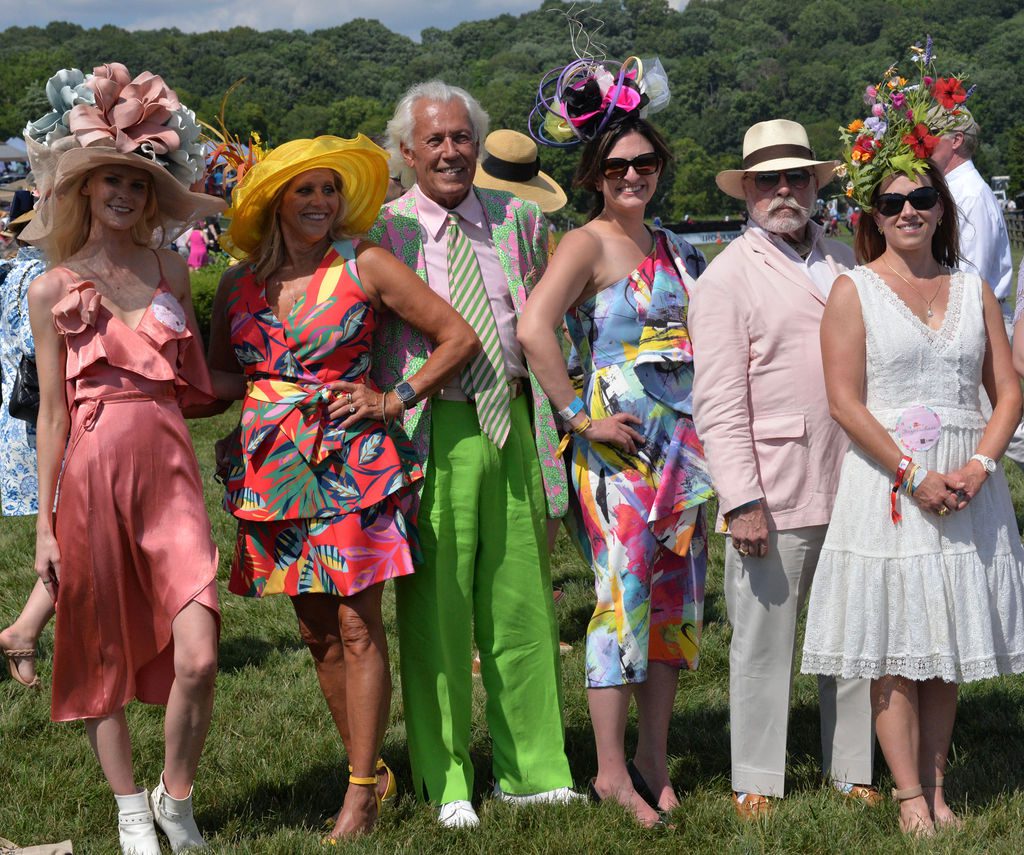 IROQUOIS STEEPLECHASE SHARES ‘WHAT TO KNOW’