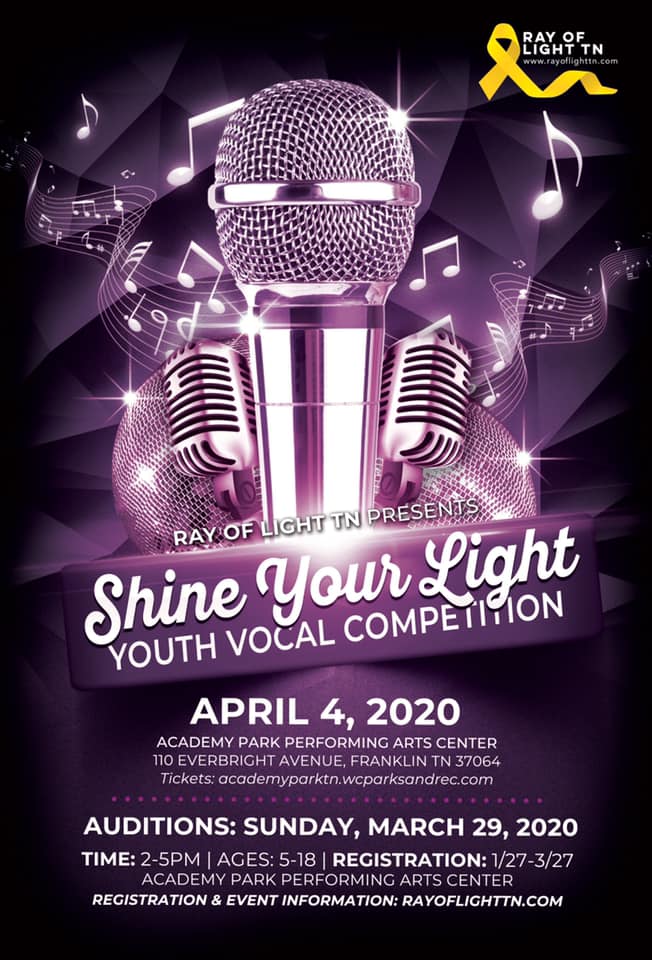 Shine Your Light Youth Vocal Competition is presented by Dreams Do Come True Princess Parties honoring Raymond Cruz. A portion of proceeds will be donated to the Social Workers at Vanderbilt Children’s Hospital.

At 16 years old Raymond Cruz valiantly fought a battle with Stage 4 Ewing-like Sarcoma from 2017-2019. Throughout his battle, he was given the opportunity to share his message of hope with people through his music, from the hallways of Vanderbilt Children’s Hospital to the stage of the Ryman. Ray was a son and a brother. He was a talented singer-songwriter. He was a man of God who used his time on earth to spread love, positivity and indenting generosity.

Ray and his mother, Blandina, started the Shine Your Light Youth Vocal Competition in 2019 to raise funds for the Families at Vanderbilt Children’s Hospital where Ray received his treatments.

Ray’s family and friends will continue the competition in Ray’s name and with his spirit guiding them.