NASHVILLE, Tenn. (April 2, 2019)—The Frist Art Museum presents Frida Kahlo, Diego Rivera, and Mexican Modernism from the Jacques and Natasha Gelman Collection—an exhibition that captures the vitality and expressiveness of twentieth-century Mexican art with iconic works by Frida Kahlo, her husband Diego Rivera, and their contemporaries, including Manuel Álvarez Bravo, María Izquierdo, José Clemente Orozco, and David Alfaro Siqueiros. Organized by the Vergel Foundation and MondoMostre in collaboration with the Instituto Nacional de Bellas Artes y Literatura (INBAL), the exhibition will be on display in the Frist’s Ingram Gallery from May 24 through September 2, 2019.

Among the more than 150 works on view will be seven painted self-portraits by Kahlo, Rivera’s Calla Lily Vendor, and numerous portraits of the Gelmans, plus more than fifty photographs that provide insight into Kahlo and Rivera’s passionate love affair and how the couple lived, worked, and dressed.

Husband-and-wife collectors Jacques and Natasha Gelman were glamorous and wealthy Eastern European refugees who married in Mexico in 1941, took part in Mexico City’s vibrant art scene, and acquired art mostly from their artist friends. In 1943, Jacques commissioned a full-length portrait of Natasha from Rivera, Mexico’s most celebrated painter. “The Gelmans formed close friendships with many artists in this exhibition, often acting as patrons and promoters of their careers and assembling one of the finest collections of modern Mexican art in the world along the way,” says Frist Art Museum curator Trinita Kennedy.

Born in 1907 in Coyoacán, a suburb south of Mexico City, Kahlo had a difficult childhood, facing a bout with polio at age six and a bus accident at the age of 18 that left her disabled and often bedridden. “It was during her recovery from the accident that Kahlo began to paint, in part because she was bored in bed. She spent hours alone with an easel and a mirror painting her own face,” says Kennedy. “She never attended art school, but as she considered a career as an artist, she sought out several of Mexico’s leading painters, including Rivera, whom she had met several years earlier.” Their friendship became a courtship, with the two marrying in 1929. Unfaithful to each other, the pair divorced in 1939, only to remarry in 1940.

In the early twentieth century, Mexico’s artistic avant-garde was closely tied to political and social revolution. Following Mexico’s civil war from 1910 to 1920, the government enlisted male painters to produce monumental murals in public buildings. Rivera was a revered figure in this muralism movement and an avowed Communist. “Using art, which could be understood by the masses, Rivera, Orozco, Siqueiros and others helped Mexico fashion a new identity rooted in its own unique history,” says Kennedy.

Rivera’s artistic works, as well as his vocal opinions on the role of art, would shape the development of Mexican culture throughout the first half of the twentieth century. “His depictions of Mexican traditions and everyday life soon came to epitomize Mexican culture at home and abroad, including the United States where he created murals in San Francisco, Detroit, and New York,” says Kennedy. Rivera also created easel paintings representing poignant scenes of everyday life and labor in Mexico, such as Calla Lily Vendor, a luminous painting that celebrates the beauty and strength of Mexico and its people.

Like Rivera, Kahlo infused her work with mexicanidad, an identification with Mexico’s distinct national history, traditions, culture, and natural environment, but in a much more personal way. About a third of her paintings are self-portraits, the works for which she is now most celebrated. They accentuate her distinctive appearance, characterized by a v-shaped unibrow, deep brown eyes, mustache, carefully coiffed hair with braids, and indigenous Mexican clothing. In Diego on My Mind (Self-Portrait as Tehuana), for example, she crowns herself with a festive indigenous Mexican headdress known as a resplandor.

Known primarily in artistic circles during her lifetime, Kahlo’s paintings began to attract widespread international attention in the decades following her death. Her work and life story continued to resonate in pop culture with the success of Frida, a 1983 biography by Hayden Herrera, and the 2002 biopic Frida, starring Salma Hayek.

The exhibition includes more than fifty photographs of Kahlo, most of which were taken by noted photographers, such as Lola Álvarez Bravo, Nickolas Muray, and Edward Weston. There is also a special gallery focused on Kahlo’s unique personal style, which offers insight into her wardrobe, hairstyles, and jewelry. An interactive touchscreen allows visitors to explore elements of her clothing and to learn why she wore them. The exhibition concludes with haunting black-and-white photographs of Kahlo’s crutches, corset, and bed, taken recently at the Casa Azul, her former home in Coyoacán, by contemporary artists, including Patti Smith. “Directly associated with her pain, these objects are venerated as relics,” says Kennedy. “As the photos attest, Kahlo’s ability to create magical paintings despite the suffering caused by her broken body captivates and inspires many of us today.”

The works collected by the Gelmans offer an unrivaled opportunity to encounter the chaotic and creative Mexican art world of the first half of the twentieth century in all its complexity. Modern Mexican art exerted a key influence on modern art in the United States, and its impact continues to be felt throughout the world today.

Organized by the Vergel Foundation and MondoMostre

Frida chronicles the bold and uncompromising life of Frida Kahlo, including the traumatic accident that changed the course of her life and her turbulent relationship with her husband, Diego Rivera. This provocative film, based on Hayden Herrera’s influential biography of the artist, stars Salma Hayek and won two Academy Awards. This film contains violence and nudity and is recommended for ages 17 and up. Directed by Julie Taymor, 2002. 123 minutes. R. Blu-ray.

All supplies, gallery admission, and parking validation included. 18+ only. Space is limited.
Register by May 27 at FristArtMuseum.org/studio

In this workshop, students will receive an introduction to the art of hand embroidery, including its history and its variations. With inspiration from the clothing featured in Frida Kahlo, Diego Rivera, and Mexican Modernism from the Jacques and Natasha Gelman Collection, students will complete a custom embroidery sampler that complements the colorful personal style of Frida Kahlo. This sampler will include basic stitches that can be used in a variety of styles of hand embroidery. Students will leave with the confidence to continue embroidering at home. Anna McKeown is an embroidery and mixed-media artist with a Bachelor of Fine Arts degree from Belmont University.

A Members-Only Curator’s Tour will be held on Friday, June 14, at noon.

Presented in conjunction with the exhibitions Frida Kahlo, Diego Rivera, and Mexican Modernism from the Jacques and Natasha Gelman Collection and Monsters & Myths: Surrealism and War in the 1930s and 1940s, this lecture examines the relationship between Surrealism and Mexico, which André Breton, co-founder of the artistic movement, considered to be the “Surrealist country par excellence.” Special focus will be given to how engaging with the ideas of international Surrealism allowed Mexican women artists to develop an artistic voice that emphasized personal subjectivity and challenged the virile heroic nationalism of modern Mexican art, as exemplified by muralism.

Desperate to prove his talent and break his family’s generations-old ban on music, Miguel finds himself in the stunning and colorful Land of the Dead following a mysterious chain of events. Along the way, he meets charming trickster Hector, and together they set off on an extraordinary journey to unlock the real story behind Miguel’s family history. Animated. 2017. 105 minutes. PG.

The Frist Art Museum gratefully acknowledges the generosity of Friends of the Mexican Renaissance.

About the Frist Art Museum
Accredited by the American Alliance of Museums, the Frist Art Museum is a 501(c)(3) nonprofit art exhibition center dedicated to presenting and originating high-quality exhibitions with related educational programs and community outreach activities. Located at 919 Broadway in downtown Nashville, Tenn., the Frist Art Museum offers the finest visual art from local, regional, national, and international sources in exhibitions that inspire people through art to look at their world in new ways. The Frist Art Museum’s Martin ArtQuest Gallery features interactive stations relating to Frist Art Museum exhibitions. Information on accessibility can be found at FristArtMuseum.org/accessibility. Gallery admission is free for visitors 18 and younger and for members; $15 for adults; $10 for seniors and college students with ID; and $8 for military. College students are admitted free Thursday and Friday evenings (with the exception of Frist Fridays), 5:00–9:00 p.m. Groups of 10 or more can receive discounts with advance reservations by calling 615.744.3247. The galleries, café, and gift shop are open seven days a week: Mondays through Wednesdays, and Saturdays, 10:00 a.m.–5:30 p.m.; Thursdays and Fridays, 10:00 a.m.–9:00 p.m.; and Sundays, 1:00–5:30 p.m., with the café opening at noon. For additional information, call 615.244.3340 or visit FristArtMuseum.org. 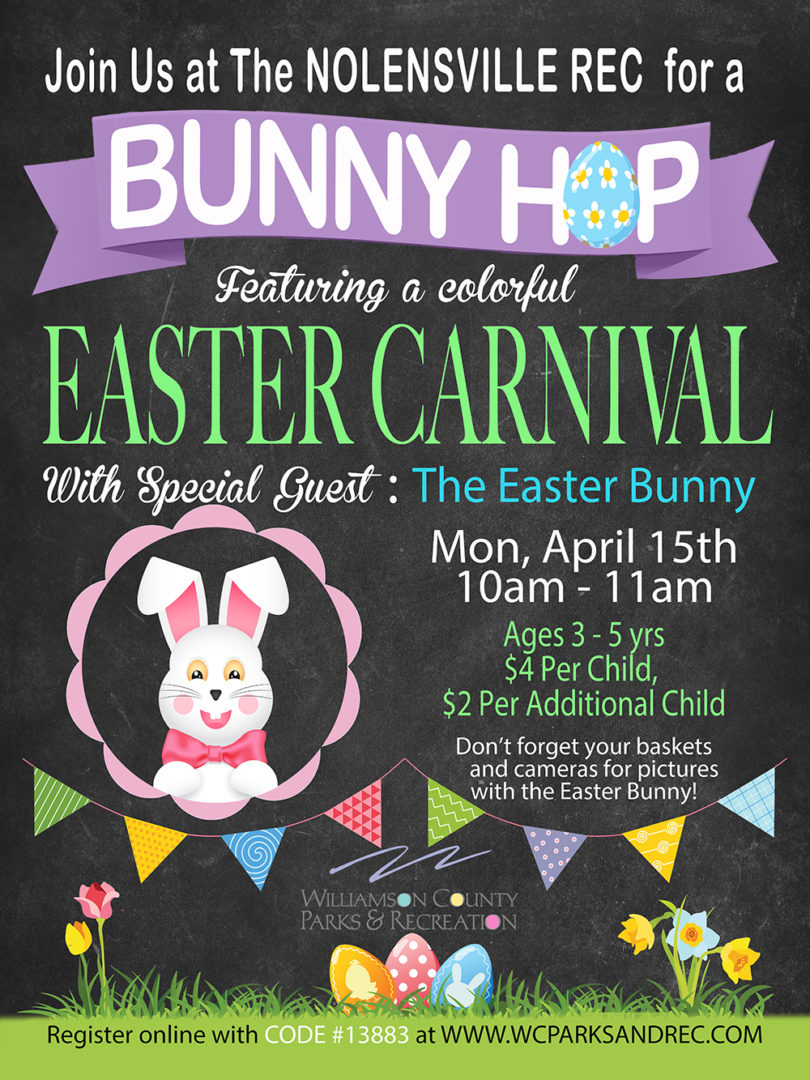 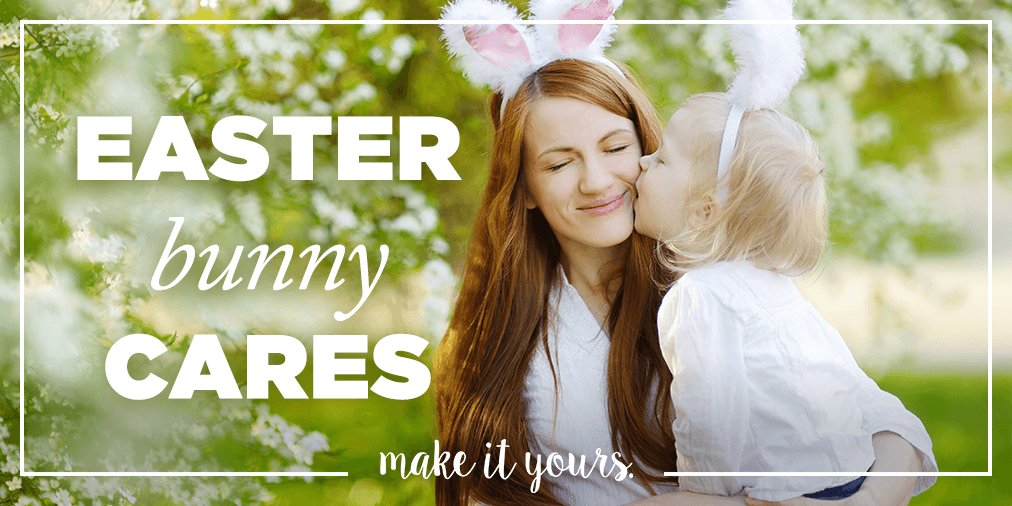